His focus is North American large caps
Special to The Globe and Mail
Published September 12, 2016 Updated May 17, 2018

BankUnited is a commercial bank operating mainly in Florida and the New York metropolitan area. It is one of the fastest-growing and best-managed banks in the U.S. The stock has been weak lately due to the flattening yield curve in the U.S., as well as slower growth than the street has hoped for. Also, the founding CEO, John Kanas, recently announced his retirement from that position (he will remain chairman), causing some near-term weakness that we would use as a buying opportunity. Mr. Kanas stated when Q2 results were recently announced that the commercial lending business has become too competitive, and at this time he is not willing to take on riskier-than-normal business in order to grow quickly. We applaud this move as it will serve the bank well in the future. In the meantime, BKU sells at a reasonable multiple and has a dividend yield of about 2.7 per cent.

Cara is Canada's oldest and largest full-service restaurant company, operating some of the most recognized names in the country. Over 88 per cent are franchised and 66 per cent (including recently acquired St-Hubert) are in Ontario. We like the continued move by Cara to an asset-light business model. When valued versus comparable U.S. restaurant peers, Cara is in the middle of the pack. It is different, however, as it is a consolidator in the highly-fragmented Canadian market and has a clearer growth path than most of its peer group. It currently has about 8 per cent of the highly fragmented full-service restaurant industry and clearly has room to grow that share through both organic growth and acquisition in both full-service and quick-service. Cara has excellent management and an opportunity to increase sales, squeeze higher margins from recently acquired businesses and increase franchise fees on many of its legacy restaurants. Cara currently sports a dividend yield of 1.35 per cent.

Badger is in the business of using high pressure water to move earth for utility and energy companies. It is the largest company, by far, in its field in North America. The company has done an excellent job of growing its business in the U.S. and diversifying it away as much as possible from the energy sector during the current downturn. A new CEO recently took office. He is from Winroc, a division of Superior Plus. His goal is to increase the company's operating efficiency and profitability. The company will continue to emphasize growth in the U.S. and non-energy markets. There is substantial room for growth in North America. We are looking for a strong rebound in earnings in 2017 and 2018 from 2016's somewhat depressed level. The current yield is about 1.4 per cent.

Stock markets in North America are hitting new highs, but it is hard to get too excited about them. A combination of poor earnings growth and high valuations, especially in the U.S., makes it difficult to commit money to new names at this time. Were we to buy a new name (especially in the U.S.), we would be inclined to sell another stock so as not to increase our U.S. weighting. The same, however, cannot be said about Europe, which everybody hates. There we have lots to choose from, at more reasonable valuations, especially multinational companies who happen to be headquartered there but do business around the world. We still carry an above average amount of cash, but we are slowly drawing it down by spending it, mostly in Europe. 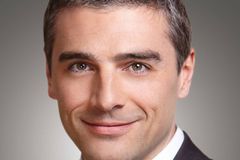 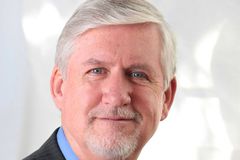 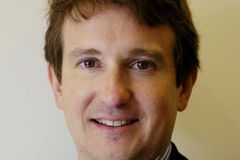