David MilsteadInstitutional Investment Reporter
Special to The Globe and Mail
Published May 9, 2011 Updated May 9, 2011

One of the many sharp differences between the Conservative majority and the new official opposition of the New Democratic Party is what to do with the Canada Pension Plan. While the Conservatives say a "modest" increase in the CPP is possible, the NDP has suggested doubling benefits and increasing paycheque deductions.

While the NDP is rightly concerned about whether Canadians are prepared for their golden years, there's a part of their argument about investing for retirement that's ripe for further public-policy exploration: Too much of Canadians' savings are being stripped away by the high cost of their mutual funds.

Old news? Sure. But that only makes it more maddening that year after year, Canadian fund expense ratios are shown to be among the highest in the world.

The latest evidence got relatively little attention. Fund-rating company Morningstar released a new global study several weeks ago on fund fees: Canada was the only country to get an 'F.'

Among the 22 countries Morningstar analysts John Rekenthaler and Benjamin Alpert studied, Canada has the highest annual expense ratios for equity funds, the second-highest for bond funds, and is tied for the highest, with Italy, for money-market funds.

The median asset-weighted expense ratio for equity funds is 2.31 per cent, more than twice as high as the 0.94 per cent in the low-cost United States, Morningstar said. The median fee for fixed-income and money-market funds is more than 70-per-cent higher than in the U.S. (The Morningstar analysts say it's not entirely fair to make that comparison, since the U.S. is so much larger, but Canada has "significantly higher" fund fees than modestly populated jurisdictions like Australia, Belgium, Hong Kong, Norway and Sweden.)

This is a similar result to Morningstar's 2009 study, which was roundly criticized by the Canadian fund industry. The Investment Funds Institute of Canada argued it was an unfair comparison to other countries because sales charges and other adviser compensation are included in Canadian expense ratios and excluded elsewhere.

This time around, Morningstar considered IFIC's complaints - and rejected them.

"These costs cannot be explained by pointing to unique features of the Canadian fund market," it said. "Canada's method for computing fund expenses is the global standard, and its distribution model of financial advisers selling and servicing no-load funds is widely shared (although not by its southern neighbour, the United States)."

IFIC did not issue a public statement challenging the report this time around, but it continues to disagree with Morningstar.

Consumers Are Part of the Problem

John J. DeGoey, a certified financial planner and vice-president of Burgeonvest Bick Securities, calls the Canadian fund industry an oligopoly that doesn't want to compete on price - and consumers let them behave this way.

"The industry in Canada has done a really good job of diverting attention and convincing most consumers to focus on past performance and the manager's style and track record, as if to suggest they're the primary determinants of long-term performance, when in fact, the evidence is fairly clear that the most reliable way to get the top-performing products is to buy the cheapest products," he says.

Mr. DeGoey believes the CPP expansion promises of the NDP (and, to a lesser extent, the Liberals) were designed to address this issue. For most investors, individual stocks carry too much risk, and it's unclear whether financial advisers are introducing them to exchange-traded funds, so mutual funds become a primary savings and investment vehicle. Allowing Canadians to put more into the CPP, which spreads its non-profit management expenses across a much larger asset base, provides a cheaper option, the NDP argues.

It still doesn't fix the primary problem of high-priced mutual funds, however. For that, there are several possibilities.

One, more akin to the NDP's thinking, is even greater regulation: If the Canadian fund industry can't manage to compete on price, then the government can introduce and enforce caps on fees to push them down closer to international standards.

Another, perhaps more palatable to the Conservatives, is questioning whether fund fees should be subject to the GST or HST. One of the contributors to Canada's high expenses, though not the sole explanation, is the world's highest taxes on fund-management services.

Or, given the Harper government's past efforts to help Canadian consumers through greater competition - the wireless phone industry seems to be one example - perhaps non-Canadian fund companies could be allowed to register and sell their products here.

I'm sure a few could find a way to work with the supposedly unique Canadian model - and manage to charge less than 2.31 per cent for an equity fund. 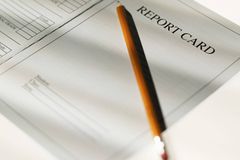 How to keep investing fees from eating up your nest egg
April 13, 2011 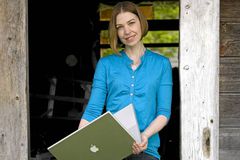 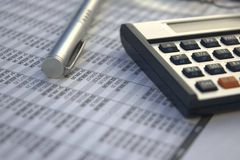