Lingering fears of recession, coupled with the European financial crisis and the force of new regulations, are making it tough for the major U.S. banks to recover from their near-death experience during the meltdown of 2008 and 2009.

Shares of Citigroup Inc., down 45 per cent last year, tumbled 8 per cent on Tuesday, after the New York financial giant posted fourth-quarter results that disappointed. Profit fell 11 per cent and revenue slid 7 per cent, compared with year-earlier results.

Investors' growing aversion to Citi comes even as the shares trade at just 46 per cent of book value and the possibility of billions of dollars of annual dividend payments shimmer on the horizon.

It is a similar story for most of the other major U.S. banks. Last week, JPMorgan Chase & Co. detailed a disappointing fourth-quarter performance; its stock has languished 5 per cent since. On Thursday, Bank of America Corp. and Goldman Sachs Group Inc. are scheduled to report. Some analysts have speculated that Goldman could report its worst performance since going public in 1999.

In just the last two weeks, the expectation for fourth-quarter earnings growth from the U.S. financial sector has declined to 6 per cent, down from 10 per cent on Jan. 3. For this year, the forecast is now for 11-per-cent profit growth, down from 15 per cent on Jan. 3, according to Standard & Poor's.

But there is an emerging distinction among the performances of U.S. financial institutions: Banks dependent on Wall Street trading and services are struggling, while those focused on traditional banking are showing signs of strength again.

Wells Fargo & Co., which falls into the latter category, on Tuesday posted record profit and beat analysts' estimates, thanks in part to more deposits and loans in the quarter.

The San Francisco-based bank's net interest margin, the difference between what the bank pays depositors and what it earns on loans and securities, hit 3.9 per cent, compared with just 2.9 per cent at Citi.

Among the factors driving Wells Fargo's performance, the bank increased its mortgage business by 35 per cent from the previous quarter. In contrast, analysts blamed Citi's shortfall on weaker-than-anticipated investment banking results – which included losses in derivatives trading. In fact, Citi's stock-trading revenue tumbled by 35 per cent during 2011 – to $2.4-billion (U.S.) – with the bank's equity derivatives unit responsible for about half the shortfall.

But even with disappointing financial results from Citi, there were signs that business conditions are starting to improve. The amount of loans the bank wrote increased 14 per cent in the fourth quarter, while losses on bad loans fell 40 per cent, to $4.1-billion, from the same period a year earlier. Citi also reduced the amount it has set aside to cover losses on futures loans by $1.5-billion, compared with $2.3-billion a year earlier.

While Wall Street-related revenue came up short, the bank's provisions for credit losses exceeded estimates, said Gerard Cassidy, an analyst with RBC Dominion Securities Inc. He pointed to Citi's growing capital and massive amount of deferred tax assets (racked up after billions of dollars of losses in recent years) as indicators of a possible dividend increase or share buyback program to come this year.

One force weighing on the entire banking sector remains the uncertainty of regulatory reform. Less than half of the rules of the Dodd-Frank financial regulatory reform act, signed into law in July, 2010, have been finalized at this point.

The major banks, including Citi, are winding down their proprietary trading activity in advance of a new regulation expected to take effect this year. Known as the Volcker rule, after retired Federal Reserve chairman Paul Volcker, it is designed to curtail the high-risk trading that fattened bank profits for years but ultimately destabilized their operations.

In this new environment, banks are looking for new revenue streams and facing the prospect of slimmer profit margins. In the case of Citi, the bank is boosting its investment in emerging markets, aiming to provide banking services to a rising middle class and capture more business from emerging market companies seeking to raise capital. 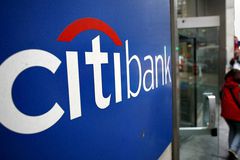 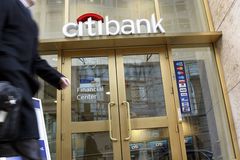 Analysts backpedal on outlook for U.S. banks
January 15, 2012
Follow us on Twitter @globeinvestor Opens in a new window
Report an error Editorial code of conduct