Warrants are the Rodney Dangerfield of the stock market. They don't get much respect from investors.

But that could be a big mistake.

A warrant is simply a long-term option to buy a given stock at a fixed price. Although warrants are relatively unknown to investors, they are the perfect security for a bull market.

Their big attraction? They're a way to amplify your bet on a stock. In a rising market, the value of a warrant will typically increase far more in percentage terms than the underlying common stock in the same company.

To be fair, warrants also experience outsized declines in a falling market. But if you believe in a stock's long-run potential, they offer a supercharged way to bet on that rosy future.

One investor with a well known predilection for warrants is Warren Buffett, who insisted on receiving them as part of his high profile purchases of shares in General Electric and Goldman Sachs during the financial panic two years ago.

It's easy to see why the investment maestro likes warrants.

Consider the case of New Gold Inc., a promising mid-sized bullion miner. The company's common stock has more than doubled off its lows for the past year. But the A series warrants have done one better: they've more than tripled.

Given their upside potential compared to stocks, warrants should be on radar screens everywhere, but the few specialists who follow them say they're terra incognito to most investors. That's true even in Canada, which has the world's biggest market for the securities, reflecting the fact that this country is the international leader in financing junior miners, which often offer warrants as a sweetener when they issue stock.

There are about 170 warrants outstanding on TSX and Venture exchanges, most of them on stocks in the red hot resource sector. Among the larger companies with warrants are Franco-Nevada, Goldcorp and Silver Wheaton.

"Very few people are aware of warrants, knowledgeable about them, and what they can add to your portfolio," observes Dudley Baker, editor of Preciousmetalswarrants.com, a subscription-based Internet service that compiles lists of attractive Canadian warrants.

Mr. Baker says one explanation for the lack of awareness is the relatively small size of the market. The total value of warrants in Canada is only about $1.8-billion. There isn't enough liquidity for major players, leaving the field dependent on retail investors.

For this reason Mr. Baker recommends investors buy warrants only on stocks they are confident about. Furthermore, you should invest only in warrants with at least two years of remaining life, enough time to allow a bullish scenario to play out. Finally, investors should insist that any warrant they buy offers leverage that will result in a percentage rise at least double the move in the common share.

"The question you should be asking: If you like the company … why in the world would you not buy that warrant instead of the common shares?" he says.

However, Ms. Hoban cautions that warrant trading can be tricky because many don't have a lot of liquidity. Before buying, her cardinal rule is that investors "have to like the company," not just be looking for a quick trading profit.

There is another type of warrant - this time in the U.S. - that has attracted interest among some sophisticated investors. As part of providing bailout funds to banks during the financial crisis, the U.S. government received warrants in these institutions, and has been selling them off.

One buyer has been Francis Chou, head of money manager Chou Associates Management Inc. in Toronto.

Mr. Chou is a value investor who says he will occasionally buy warrants if he likes the common stock of the company in question, provided the warrants have at least four years before expiry - a long enough life to allow gains to materialize.

To illustrate the potential gains, Mr. Chou bought warrants of U.S. banking giant Wells Fargo last August for $7.70 each. They were trading Monday at $11.16, a gain of 45 per cent. The common shares over the same period? They did well too, rising about 33 per cent, but the warrants still won the race.

A primer on how warrants work

Warrants are long-term options that allow investors to buy common stock at a fixed price until some future date. Typically, a warrant is issued by a company as a "sweetener" to attract investors when the company sells shares.

The reason to like warrants is their leverage. In rising markets, they have larger percentage gains than their associated common shares.

It makes no sense to buy the warrant if you think the stock price will be flat. The cost of buying the warrant ($27.95) and exercising it ($47.25) is larger than the current price of the stock. But if you're bullish on Agnico, the warrant has value. A rule of thumb for estimating the attractiveness of a warrant is to calculate what it would be worth if the common stock doubled. If Agnico shares doubled to $145, the warrants would soar even more, up to $97.75 (the share price less the exercise price) for a gain of 250 per cent.

Of course, there is a caveat. If Agnico trades at $47.25 or less when the warrants reach the end of their life in late 2013, they expire worthless.

Five stocks with strong brands that have upside of 52 per cent
March 1, 2011 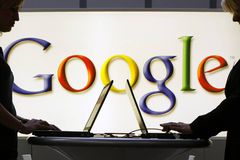 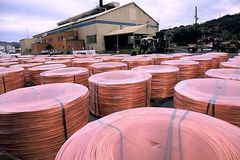 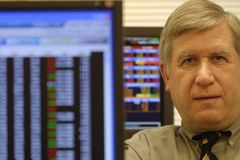