Every two years, alternating between summer and winter sports, the Olympics not only inspire millions of spectators, they give investors some key insights for successful investing.

What's obvious is that Olympic athletes have natural talent. But they're not just relying on good genes to reach the podium. They spend years training, developing discipline and perfecting their skills. They put together a training plan, often with a coach, and they stick to it.

Smart investors follow the same approach, setting long-term goals and putting their money to work toward achieving them. They are disciplined, maximizing their retirement fund contributions and devoting a consistent portion of income to investing.

Warren Buffett, Benjamin Graham and Peter Lynch are the gold medal winners of long-term investing, each one able to deliver market-beating results over long periods by sticking to their plans, choosing companies they understand and know, and staying unflinchingly in the market for years.

Olympic athletes tend to start young, too, which gives them plenty of time to develop the skills they need for top competition. Brianne Theisen-Eaton began her heptathlon career as a seventh grader, and Simone Biles took her first turn at gymnastics as a six-year-old. Investors who start early also have a better chance of reaching their goals because they have a longer period of time for their investments to grow while learning from different market environments.

Mr. Lynch, who began to manage Fidelity Investments' relatively tiny Magellan fund in obscurity in the late-1970s, would go on to run a behemoth with more than $14-billion of assets and one of the best long-term records of any active fund manager. He got started investing from his dorm room while an undergraduate at Boston College. After hearing about stocks while caddying on a local private golf course, he took $1,000 of his savings and bought shares of a transport company called Flying Tiger. It would go on to be his first "10 bagger," meaning that it would rise tenfold.

As with famous investors, Olympians are also resilient. They train day after day, in rain and shine, often working through injuries. They don't always win. Sometimes they fail horrendously, like the Slovenian ski jumper who personified "the agony of defeat" on the opening credits of the televised sports program Wide World of Sports.

But that doesn't stop these athletes from pushing on toward Olympic glory. Investors must also be able to ride through the markets' wild fluctuations with cool-headed determination, not dwelling on their setbacks. They consider them to be part of the journey and use them as learning tools to improve their performance.

It pays to be unemotional in sports as well as investing. Mr. Graham, whose book The Intelligent Investor has inspired millions, including Mr. Buffett, said: "Investing isn't about beating others at their game. It's about controlling yourself at your own game."

Even though they have everything on the line – as often athletes only have one shot at the Olympics – they don't allow emotion to cloud their thinking. Successful investors think the same way. As Mr. Buffett is known to say, he attempts "to be fearful when others are greedy and greedy when others are fearful."

Building resilience and strength in the face of adversity takes open-mindedness, a recognition that, sometimes, a training method isn't working. For Olympians, this means they can adapt their training. They aren't stuck on just one way of doing things. Investors run the risk of confirmation bias, which means they ignore facts that do not match their preconceived ideas.

The sports psychologist Gio Valiante, who currently serves as Steve Cohen's Point72 Asset Management performance coach and who has advised some of the world's top golf professionals, finds some similarities, namely that once a person thinks he has all the answers, the tide will turn against him.

Success in sports and investing, he says, relies on a willingness to "pivot and adapt."

Top investors and great Olympians have many common attributes that contribute to their success and while you can't truly clone another Warren Buffett or Michael Phelps, you can learn a great deal from their techniques and wisdom. I have been emulating the stock-picking strategies of great investors for more than a decade.

Here are a few stock ideas that could sit at the top of your portfolio's podium given their fundamentals, valuations and business characteristics.

Westinghouse Air Brake Technologies (WAB), a leading provider of technology to railways, gets high marks from my Buffett model, which likes its consistent earnings and high return on capital. The shares have underperformed over the past year, but my model thinks that a 15-per-cent annual return could be obtain for long-term investors.

Brunswick (BC), a $4.4-billion (U.S.) recreation products firm, is considered a "true stalwart" based on my Peter Lynch-based model. The yield adjusted price/earnings to growth ratio of 0.93 and its reasonable debt-to-equity ratio are qualities that make it appealing. When Mr. Lynch ran the Magellan fund, he held 1,000 individual stocks and found great companies in the mid-cap space similar to where Brunswick falls.

Dillard's (DDS), a mid-size brick and mortar and online retailer, has been under pressure, but my Ben Graham deep-value strategy based on the approach outlined in The Intelligent Investor sees bargain opportunity and scores the stock at 100 per cent, based on its ultra-low P/E of 9 (compared with a multiple of more than 20 for the broader market) and current ratio of more than 2. 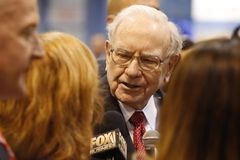 This investor blends Warren Buffett’s approach with dividend investing
May 16, 2018 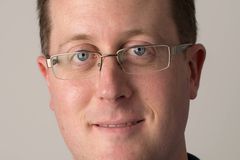