John Reese is CEO of Validea.com and Validea Capital, and portfolio manager for the Omega Consensus funds. Globe Investor has a distribution agreement with Validea.ca, a premium Canadian stock screen service. Try it.

He's lost his touch. He's past his prime. He's an "oracle" no more. So say Warren Buffett's critics, and a new analysis appears to provide evidence that his skills are indeed on the decline.

I disagree. While Mr. Buffett's Berkshire Hathaway Inc. has underperformed the broader market over the past five years, the results are largely circumstantial. I also think his investment approach still works in today's environment – and I have the proof.

First, let's look at his recent underperformance. In four of the past five years, he has lagged the S&P 500, something he had done only six times in the previous 41/2 decades.

His belief in investing in strong, proven businesses over the long term often won't lead him to the types of stocks that are going to lead the way in raging bull markets, when investors' appetites for risk are on the rise. Remember, his reluctance to invest in risky tech stocks caused him to severely lag the market for much of the late 1990s as well (and when the tech bubble burst, he outperformed the market in the following years).

In addition, Mr. Buffett and Berkshire usually hold a substantial amount of cash that can be used in case large, extremely attractive opportunities pop up. During a bull market, that cash is going to act as a drag on returns.

There's another significant reason for Berkshire's stretch of underperformance: size. It is now one of the largest companies in the world and, as Mr. Buffett himself has noted in recent years, that size makes it more difficult for Berkshire to produce the kind of outsized returns that it did over the past few decades. That's because even if Mr. Buffett finds a small stock that he loves, it will be too small to move the needle on Berkshire's returns.

Because of that, Berkshire generally invests in very large stocks – American Express Co., Coca-Cola Co., Wells Fargo & Co., and the like. Large stocks usually underperform small stocks in the first half or so of bull markets.

So, why am I so confident Mr. Buffett's strategy still works today? I run model portfolios of U.S. and Canadian stocks picked using a strategy inspired by the approach that Mr. Buffett used to build his empire. Over the past few years, these portfolios – which are not restricted to large stocks – have been some of my strongest performers.

Since its inception in August, 2010, a 10-stock portfolio of Canadian stocks has nearly quadrupled the S&P/TSX composite, returning 83.3 per cent (17.9 per cent annualized) versus 21.3 per cent (5.4 per cent annualized) for the index. My U.S. Buffett portfolio has returned 148 per cent since the start of 2009, compared with 103 per cent for the S&P 500 (all these figures are without dividends, through April 10). It's also ahead of the index since its late-2003 inception.

This Buffett-inspired model looks deep into a firm's history to find quality businesses. It likes companies to have a decade-long track record of increasing annual earnings per share; a 10-year average return on equity of at least 15 per cent; and a return on retained earnings of at least 12 per cent over the past decade. It also wants a firm's long-term debt to be no more than five times annual earnings.

Over the years, my Buffett-based portfolios have benefited from numerous smaller stocks. Here are three the strategy currently prefers:

This Calgary-based tech firm ($1.1-billion market cap) specializes in reservoir simulation software for the oil and gas industry. It has increased EPS in all but one year of the past decade. It has no long-term debt and has averaged an ROE of 35.6 per cent over the past decade.

Alabama-based Hibbett is a sporting goods retailer focused on small and mid-sized markets, with about 850 retail stores across 26 states. The company, with a market cap of $1.4-billion (U.S.), has increased EPS in all but two years of the past decade, has just $3-million in long-term debt versus $70-million in annual earnings, and has a 23.7 per cent average 10-year ROE.

This niche mortgage lender, with a market cap of $925-million (Canadian), has increased EPS in every year of the past decade. It also has a 10-year return on retained earnings of 16.0 per cent and shares trade at a 9.9-per-cent earnings yield.

ROB Magazine
Why I broke up with Warren Buffett
April 24, 2014 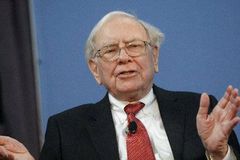 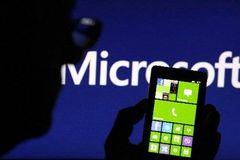