The collapse of Lehman Brothers in 2008 stunned the markets because few realized the firm's dire troubles until shortly before its bankruptcy filing. That, in large part, was because of how Lehman interpreted the accounting rules that should have given us a clue.

In the five years since, accounting rule makers and regulators have moved, slowly, to keep another Lehman from happening. Unfortunately for them – and us – as soon as they write new rules, another aggressive company finds a way to use them to its advantage. And all of this is apparently legal.

Lehman's magic revolved around a narrow, complex area of finance: its use of repurchase agreements, or "repos." These are deals in which a company needs cash on a short-term basis to pay bills or some similar corporate use. To get it, the company "sells" assets, such as stocks or bonds, and agrees to repurchase them very soon after at a higher price. In essence, it's a short-term loan with collateral, and the majority of repos are reflected on a company's balance sheet as a borrowing.

Lehman, however, accounted for these transactions as if it had sold the stocks and bonds it put up as collateral. It then took the repo proceeds and paid down other borrowings on its balance sheet just as the financial quarter ended. As a result, the company looked smaller and less-leveraged when it reported its earnings. By $50-billion (U.S.).

In order to justify this, Lehman seized on an example provided by the U.S. Financial Accounting Standards Board, or FASB, in its rules for repurchase agreements. The accounting standard said a repo is still a borrowing, not a sale, when the company still has "effective control" of the collateral. In attempting to illustrate what it meant by "effective control," the FASB said that if the value of the collateral was between 98 per cent and 102 per cent of the loan, an agreement would "typically fall clearly within that guideline."

While FASB chairman Robert Herz later told Congress the example was not intended to "create a bright line," Lehman's genius was to draw one anyway. Lehman went outside that range and provided collateral of 105 per cent to 108 per cent of the loan, and argued that, since it hadn't received enough money to buy back all the collateral, it no longer had "effective control," and the repo was a sale, not a loan.

It is noteworthy that the story of Lehman's innovative "Repo 105" accounting came not from an investigation by the Securities and Exchange Commission, but from the examiner hired by the bankruptcy court overseeing Lehman's reorganization, in April, 2010. SEC chairman Mary Schapiro was forced to tell Congress that her agency didn't know whether Lehman had followed the accounting rules, but "if there is a loophole, we'll cut it off." (To my way of thinking, it was incredible that the staff of the SEC ultimately could not agree whether Lehman's repo activity was "material," or important to investors, according to a recent New York Times article. No executives were ever charged.)

The FASB acted by drafting a rule that removed the ability to repurchase assets from the consideration of whether a repo was a sale. It went into effect in April, 2011. And the conventional wisdom was that no one could again interpret the repo rules like Lehman did.

And then, within six months, a firm called MF Global illustrated a new way to use repo accounting to shrink its balance sheet. MF Global used what are called "repo-to-maturity" arrangements to invest in European debt. MF Global bought the bonds, then used them as collateral for repo loans that matured the same day the bonds did. Even though MF Global bore risk that the European sovereign debt would shrink in value, the company treated the bonds as sold, booking gains (presumably), and moved them off its balance sheet. All $14.5-billion of them.

So, last January, about 14 months after MF Global filed for bankruptcy, the FASB once again proposed changes to repo accounting. It took comments from the public through the end of March. Any new rule is, one assumes, forthcoming. 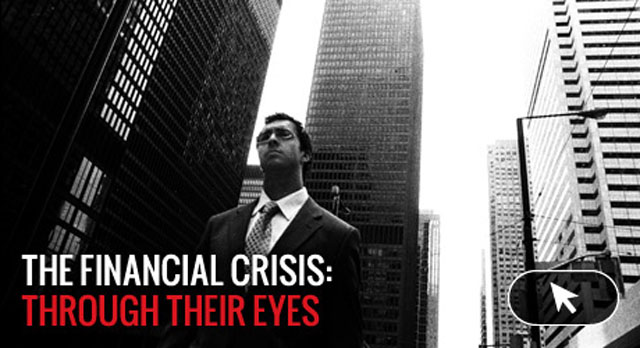