The amount of cash sitting on the sidelines is on the rise among wealthy Canadians amid a growing concern over low interest rates and market volatility.

Despite very strong global stock-market performance, more than one-quarter of wealth among global high net worth (HNW) investors is sitting in cash, according to the 2015 World Wealth report that was released last week by RBC Wealth Management and consulting firm Capgemini.

Among those Canadian investors who have $1-million or more in investable assets, the amount of cash has been steadily increasing over the past two years with more than 24.6 per cent holding cash and cash alternatives, up from 21.7 per cent in 2013.

"Twenty-five to 30 years ago, when interest rates were much higher, HNW investors would've had a larger component of fixed income to provide a steady income stream for monthly expenses," says Tony Maiorino, head of RBC Wealth Management Services. "Today, interest rates are much lower and some of that fixed-income component, certainly some of the more short term, has been taken up with cash and cash alternatives."

No matter what their wealth level, HNW investors have similar motivations for keeping money under the mattress.

Globally, approximately 35 per cent of investors claim the primary reason to hold cash is to meet lifestyle needs. Among Canadians, that number jumps to 42 per cent. Both groups identify security in case of market volatility as the next major reason.

"[Expenditures would include] repayment of debts such as mortgages, lines of credit, making lease payments, renting or maintaining vacation property," Mr. Maiorino says.

"We also know that giving back is important for HNW individuals, so that means having funds available to meet those philanthropic needs.

"I've had clients say to me having cash on hand for charitable contributions is important because economic conditions and charitable intent don't always line up," he says.

Given that the average HNW investor's cash level is significantly more than the recommended industry average of 5 per cent to 15 per cent, this could pose a challenge to investment firms when setting up financial-planning expectations.

Darren Coleman, a portfolio manager with Raymond James Ltd. in Toronto, has been shifting portions of his clients' assets away from fixed income into cash equivalents when needed – a difficult conversation for older clients who have been advised in the past to transition into bond markets for their retirement years.

"With interest rates being so low there is really no opportunities for a good return from any high-quality investment-grade bonds," Mr. Coleman says. " We are now tending to use cash in some cases as a proxy for where we used to use short-term bonds. We are better off using cash equivalents like a high-interest savings account or rolling one-year guaranteed investment certificates."

Mr. Coleman has been implementing a barbell investment approach where certain portfolios will have a higher weighting in cash and a slightly higher weighting in equities than he has done in the past because he believes the return of short-term bonds is not worth the risk.

According to a Merrill Lynch investment-strategy report released this month, increasing cash levels also stem from a rise in investor uncertainty in current markets. The percentage of investors taking out "protection" against an equity fall in the next three months has also hit a record high as global cash levels spike to 4.9 per cent of total investable assets, the highest since January.

"We now have had a six-year bull market and a lot of investment managers, particularly value managers, are increasing their cash positions, says Tom McCullough, CEO of Northwood Family Office, an investment firm that manages families with net worths between $10-million and $500-million.

"Because they are afraid of what goes up must come down. And it will, it's just a matter of when." Carrick best reads: What we can learn from insanely rich parents
June 5, 2015 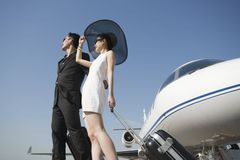