Here, in the heart of Middle America, the steakhouses are having to make way for the soy merchants.

A few blocks away, a Whole Foods store attracts swarms of high-end consumers who want to mix organic foods with gourmet meat and fish – ethically raised, of course.

And for the price-conscious consumer just dipping a toe into the pricey world of natural food? The King Soopers Fresh Fare, a new store design from U.S. grocer giant Kroger Co., offers organic strawberries for $3.99 (U.S.) a pound – nearly double the cost for berries grown through conventional methods.

The grocery scene in Denver – or in any large North American city – suggests a couple of things to an investment-minded observer: First, we're on the cusp of profound changes to the way we eat; second, plenty of food companies are poised to take advantage of this shift.

None of those companies' shares are cheap. But there are grounds for thinking that the high hopes that surround the rapidly expanding natural foods industry may be merited.

Sales of organic products accounted for about 4 per cent of the roughly $700-billion in annual food sales in the United States, according to trade publication Nutrition Business Journal. "Natural" foods, depending on their definition, accounted for another 4 per cent.

Yet surveys suggest 70 per cent of consumers claim to have purchased at least one organic product in the last week, notes analyst Scott Van Winkle of Canaccord Genuity. This suggests there are millions of food consumers who could be easily tempted to buy more such products.

"It's not that I say [single-digit percentages go] to 70, but it shows you there's a very high percentage of consumers who aspire to eat a higher percentage of their food natural or organic," he says.

What's standing in the way? "The No. 1 impediment is price," Mr. Van Winkle says.

Many sales of organic products are to the true believers, the folks willing to pay double or more the conventional prices for products certified organic.

"If it costs a buck more on the shelf, which one are you going to buy? You may pay a buck more [for organic], but not three bucks more. And the smart people in organic know that and are saying, 'It doesn't have to cost the same, but we have to get the price down more.'"

Cheaper organic food may not be that far away. Mr. Van Winkle, who describes himself as "all-in" on the sector, argues that bigger, more efficient organic farms will help to drive down costs, while larger retailers will bring down the price premium, because they can sell goods more efficiently than the small, independent health food stores that have previously dominated the sector.

Who will be the victors? Mr. Van Winkle, who has "buy" ratings on nearly all the stocks he covers, says "outside of a few, I'd argue these stocks aren't that expensive, relative to their no-growth, conventional-growth counterparts."

Traditional packaged-goods companies are trading at about 10 times their EBITDA, or earnings before interest, taxes, depreciation and amortization; in contrast, the natural foods companies go for 12 to 13 times EBITDA despite much higher rates of growth. "It's [only] a 20-per-cent to 30-per-cent premium for companies that grow at five to 10 times the rate."

Whole Foods Market Inc., which delivered robust earnings in its most recent quarter and just split its shares, is the go-to name in the sector. Its long battle to bring down its prices and combat its "Whole Paycheque" image seems to be paying off with increased traffic and strong margins.

In launching coverage of the company last fall, Wells Fargo Securities analyst Kate Wendt studied 100 items likely to be purchased by a natural-foods consumer and found that Whole Foods' prices on that basket of goods were 7-per-cent lower than Safeway Inc.'s and just 4-per-cent above Trader Joe's, "the perceived low-cost leader."

At 350 stores, the company is a long way from its stated goal of 1,000 locations, and the "current class of new stores is performing better on average than any class in its 30-year history, even as the company expands outside of its core markets," Ms. Wendt says. She has an "outperform" rating and a valuation range of $57 to $59, compared to the current price of $50.

Natural Grocers by Vitamin Cottage Inc. operates smaller stores than Whole Foods, with much less focus on perishables and nearly no labour-intensive prepared-food departments. Instead, a major chunk of the stores is devoted to vitamins and supplements.

With just 58 stores, over half of them in Colorado, Natural Grocers is one of the bigger potential stars in natural foods. Mr. Van Winkle sees consistent 20-per-cent earnings growth in its future. However, the company has a forward price-to-earnings ratio of nearly 50, and its $26 share price has blown past Mr. Van Winkle's targets.

One of the biggest winners may be a company that some purists don't consider a natural foods company at all: Chipotle Mexican Grill Inc., the quick-serve burrito restaurant that has made the sourcing and quality of its ingredients central to its marketing message.

Stephen Anderson, an analyst at Miller Tabak + Co. LLC, says Chipotle's "dual appeal" to both natural-foods consumers and those who simply like good food has helped it withstand competition. He has a "buy" rating and $395 price target.

Investors, though, shouldn't restrict their search to these three names. Many other firms (listed in the chart) are catering to the expanding appetite for eating organic.

Nutrition Business Journal's preliminary data for 2012 suggests that while overall U.S. food sales increased just under 5 per cent from the prior year, natural and organics sales jumped 12 per cent.

"Double-digit growth is what we tend to think of for organic foods," Mr. Brush says. "So through that alone, you should go from 4 per cent of the total food supply to … something higher than that."

How much higher, exactly? No one can answer for sure. If the organic industry can solve its pricing question, however, today's natural-foods stocks may be inexpensive after all.

Warning: Free cash flow may be anything but free
June 5, 2013 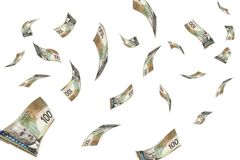 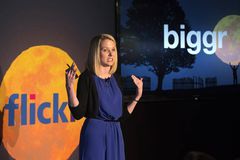