The bitter cold has set in, and at dusk a darker grey breaks through a lighter one. It is winter and there is no better time to settle in for a piping hot bowl of soup.

Unless, perhaps, you are Hispanic, or a member of the so-called millennial generation just turning 30. These two groups – key to the future of any seller of consumer products in North America – are buying less and less soup than the population as a whole.

And that is a problem for Campbell Soup Co., which has limped through the recent downturn selling fewer cans of its namesake product. New management says it's nothing that a fresh pricing strategy and a focus on innovation can't cure. But perhaps something more seismic is happening: the beginning of the end of a culture that thinks, as the company's slogan once said, that soup is good food.

No matter what's to blame, Campbell's recent results unquestionably suggest a problem. Sales in the company's first quarter, which ended Oct. 30, were down 1 per cent year over year, as price increases of 4 per cent were offset by a 5-per-cent decline in sales volumes. Earnings were flat. (The company isn't all about soup – it owns V8 juices, Prego spaghetti sauce and Pepperidge Farm cookies and crackers, among other brands – but its U.S. soup business is the company's largest division.)

Campbell, which is describing the current fiscal year as one of "investment and transition," is telling investors to expect sales growth of 0 to 2 per cent and a decline in EBIT, or earnings before interest and taxes, of 7 to 9 per cent.

The company's new strategy is to back off its previous emphasis on low-sodium products and boost research-and-development spending to create new, disruptive products – efforts that are not expected to yield significant gains until fiscal 2013, at the earliest. Long term, it claims it will grow sales 3 to 4 per cent annually and earnings per share by 5 to 7 per cent, which Stifel Nicolaus analyst Christopher Growe notes is the slowest formal EPS growth target among large-capitalization U.S. food companies.

Unhelpful to the Campbell plan, then, are the trends described in a Morgan Stanley report last year citing data from the research firm MRI on long-term trends in U.S. soup consumption.

Morgan Stanley also cited MRI data that showed that while 64 per cent of U.S. households consumed soup in the prior six months, with 34 per cent of households "heavy users" of four or more cans in the prior month, just 47 per cent and 24 per cent of Hispanic households, respectively, fell into those two categories. And the numbers were declining, not increasing. (The Morgan Stanley report was highlighted in an article on businessinsider.com titled "Some really bad news for the future of soup in America.")

To be clear, there are still plenty of nice things to say about Campbell, which has about 60 per cent of the U.S. "wet soup" market, as it's called. That business produces operating margins of about 25 per cent, much higher than other packaged-food categories, Morningstar analyst Erin Lash says. (Ms. Lash believes Campbell's "fair value" is $36 (U.S.), a slight gain on its recent $33 share price, and Morningstar recently placed the company on its list of 10 small- to mid-cap stocks expected to outperform the consumer market in the next one to two years.)

At the same time, however, Ms. Lash says Campbell's competitive position is eroding, as "it is not immune to aggressive competition, and its inability to get its hands around this issue concerns us. … If the firm's renewed emphasis on marketing support and research and development fail to spark improvement, Campbell is at risk of owning a smaller slice of this profitable pie over time."

You must couple that with the risk that the pie itself declines as the Millennials age and Hispanics become a greater part of Campbell's home market. Add the two together, and owning Campbell stock for the long term may actually put your portfolio in the soup.

Border deal aims to reduce 'tyranny of small differences' in regulation
May 9, 2018 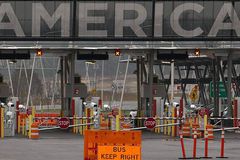 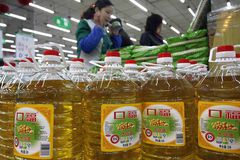 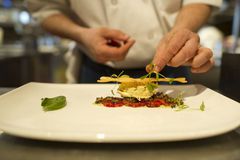