Snap, the parent company of Snapchat, has had its oversubscribed initial public offering and a big first-day pop. But if recent tech IPO history is any indication, longer-term investors are headed for a big disappointment.

I've written before why I think Snap's not worth its valuation ($23.8-billion at the IPO price of $17, $28.3-billion at the time of this writing). The company has the bad luck of directly competing with Facebook, an ad selling monster that is acutely aware of Snapchat's appeal to young people. Facebook founder Mark Zuckerberg, whose effort to acquire Snapchat in 2013 failed, has something to prove, and he has vast resources to prove it. Facebook is valued at $395 billion, and, unlike cash-burning Snapchat, it's highly profitable.

Facebook has matched every useful Snapchat feature at Instagram, which is just about as popular among younger users, and it's far ahead of Snapchat in terms of monetizing those features: In 2016, Instagram has five times Snapchat's ad revenue.

Facebook, whose market capitalization has increased by more than any tech company that went public in the last decade, has also turned into an unlikely IPO model -- surprising given how unsuccessful its market debut looked in 2012. The social network left practically no money on the table, raising $16-billion for much-needed infrastructure investments and some strategic acquisitions. Five years on, it looks as though Zuckerberg planned it that way, and the management and early investors of Twitter, which tried mightily to avoid Facebook's mistakes, played their cards wrong. Twitter priced itself to achieve a big IPO pop -- but it's worth $13-billion less than its IPO valuation now.

There is, however, no correlation between how much money a company chooses to leave on the table at IPO to be nice to investors and how it performs as a public firm. The first trading day is soon forgotten and investors start looking at financial reports, one at a time. That's why Renren, once called "the Facebook of China," is now worth almost $16-billion less than at IPO in 2011, after which it enjoyed a healthy pop.

There's a better indicator of a new tech stock's future performance than the initial market reaction, which can be driven by extraneous factor such as how long the market has gone without a major IPO, how much the company and its advisers have underpriced the offering, and how impressed fund managers were with the road show preceding the debut. (Zuckerberg disappointed them by not wearing a proper suit). That indicator is whether the company is profitable at the time of the offering.

Among the 20 biggest tech companies to offer stock on U.S. exchanges in the last 10 years, 11 are now trading higher than the IPO price. Of these, only three were unprofitable the year before they went public: Mobileye, Israel-based creator of driver assistance systems; Zayo, the Colorado-based infrastructure firm; and GoDaddy, the Arizona-based web registrar. All three had a clear path to profitability, though, and Mobileye is a consistent moneymaker today, while the other two are breaking even and expected to show a profit this year.

Of the remaining nine companies, -- the ones that now trade below their IPO price -- six were unprofitable the year before they went public. They include relative duds such as Renren, Groupon, Lending Club and Zynga (which was, strictly speaking, profitable the year before it went public -- but since the IPO took place in mid-December, 2011, I used the data for that year, when Zynga showed a loss). Twitter, too, falls into this category; it has found it hard to make money in the face of competition from Facebook.

Snapchat, of course, burned $677.7-million worth of cash last year -- $273.2-million more than it made in revenue, and more than any company on my top 20 U.S. tech IPO list. It also faces a tougher uphill battle than Twitter, because its offering is more closely matched by Facebook's.

That doesn't augur well for Snapchat's IPO performance, but perhaps there's hope for it, anyway. Two companies on the top 20 list -- the career-focused social network LinkedIn and the game developer King Entertainment -- had their ups and downs as public companies, but both found buyers who took them off the market. Had they not gone public, they probably wouldn't have fetched the prices they did -- $5.- billion for King from Activision Blizzard and $26-billion for LinkedIn.

Perhaps that's the future that awaits Snapchat, too. It went public before it was remotely ready -- but, even if it continues to struggle with monetization, it probably won't have to sell for as little as Zuckerberg offered its founders in 2013, a measly $3 billion.

Leonid Bershidsky is a Bloomberg View columnist. He was the founding editor of the Russian business daily Vedomosti and founded the opinion website Slon.ru. 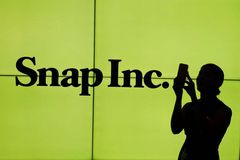