This is the final article in Globe Investor's Investing Heroes series, in which we profile prominent investors and exploring their investing strategies. We started with an interview with Stephen Jarislowsky and a profile of William O'Neil .

Betty Sinnock is talking about one of the biggest mistakes her investment club has ever made. Early on, in 1987, they bought shares in The Fur Vault Inc., a fur retailer, at $8 a share.

"I had chosen it because the fundamentals looked like it was supposed to really grow," she recalls.

It was about the time when anti-fur activism began to go mainstream and, that year, the winter was quite warm. Pretty soon, the stock price dropped to $6.75 and the club had a decision to make: Stick with it or sell? Afraid to hurt the feelings of Ms. Sinnock, the rest of the group decided to hold on - and did so until the stock was at about $3.

"We sold it then," Ms. Sinnock says. "It went down after that, till it was gone. … That was a learning experience."

It's a cautionary tale for any investment club: Preventing hurt feelings can be costly.

Ms. Sinnock's investment group isn't just any club, though. She's a founding member of the Beardstown Ladies, probably the most famous and influential investment club in history. The group of 16 women, with an average age of 70, became international celebrities in the early 1990s when they were plucked from obscurity in tiny Beardstown, Ill., and given television appearances on CBS's This Morning show after being a star club in the National Association of Investors Corp. for years.

"I think the story was that if a group of women who were not young at that time could turn around and do that well on their own by using common sense and fundamentals, then I can do it," says Ken Janke, who was then president of NAIC, a non-profit organization that educates individuals and clubs how to invest.

Their influence, he says, was not just in the number of people who decided to start investing clubs on their own, although "the numbers of inquiries we received on how to start clubs was just phenomenal." It was also that they took control of their investing with a do-it-yourself approach. "Some of the brokers didn't like it, some of the security analysts didn't like it. They tried to throw darts at them saying they made a huge mistake."

Says Brooke Harrington, the author of Pop Finance , an in-depth look at investment clubs: "I think the fact that they wrote three New York Times bestsellers in the early 1990s suggests how influential they were. Amazingly so.

"They plugged into a lot of the classic American tropes - the do-it-yourself idea, the thought that with enough gumption and effort, anyone can do anything, even a group of little old ladies in rural Illinois could make a fortune in the stock market. With homespun advice. It was like a Frank Capra movie."

But the Beardstown Ladies persevered - meeting every month and continuing to invest $25 each and every month. Ms. Sinnock, now in her late 70s, says only four or five of the original members are still in the club - the rest have died. The group continues to get audits, but refuses to release the results "since we got burnt.

"We're pleased with them. We are doing very well, through all the bluster and the market pitfalls."

In fact, the Ladies' investing style remains unchanged from the one they outlined in their wildly successful first book.

"We're pretty well buy and hold. We run fundamentals and when we buy, we keep."

Ms. Sinnock says that her club's success stems from the fact that everyone does their homework and contributes. It's her strongest advice to anyone who wants to form a similar club: Pick people who get involved.

Also, be patient. "We had people in Beardstown who jumped in and thought they were going to get rich quick, and that's not what the club is all about. A club is an education experience - to learn."

Ms. Harrington, who spent a year surveying and attending investment clubs across the United States, says the clubs that do best have members "who aren't too chummy" and stick to the matter at hand.

On the other hand, the groups that last the longest have members who are friends. Those groups, she says, don't necessarily make money - but people tend to stay for social reasons.

Here's some of the advice they gave investors on how to choose profitable stocks:

Is the company in the top third within its industry or sector?

The Beardstown Ladies get that information from Value Line's Investment Survey, a publication that analyzes companies' annual reports. There's hardly a page in the investing section of their first book that doesn't mention Value Line.

The principle, however, is that you shouldn't buy shares in a company unless it is a sector or industry leader.

Ms. Sinnock says that when choosing a stock, she picks the sector first and then figures out what the top companies in the sector are. Then she narrows down the list.

Is the company's debt under control?

The Ladies only pick companies with total debt that is equal to no more than a third of total assets.

Solid growth in sales and earnings

The first question investors should ask is: Does the company have at least five years of solid growth in sales and earnings?

If the company does, then you should ask whether the industry itself is growing.

The Ladies' advice: If you're investing in small company, make sure the company's earnings are projected to grow at least 12 to 15 per cent; 10 to 12 per cent for a medium-sized company or 7 to 10 per cent for a large company.

The Ladies look at price-earnings ratios, but compare the current ratio to those over the last five years. A stock has to have a P/E ratio at or below the average for the five years.

Read everything you can about the company and try to invest in companies that are managed by people with good track records. 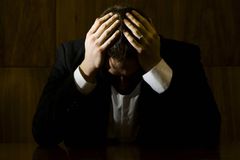 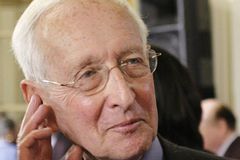 The world according to Stephen Jarislowsky
February 11, 2010
The ups and downs of volatility
September 29, 2010 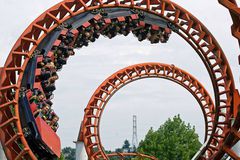