I have a question about dividend payout ratios. Some companies have payout ratios of more than 100 per cent, and some as low as 20 per cent. For a company to remain healthy and grow, what's a reasonable payout ratio? -C.P.

The dividend payout ratio is the percentage of a company's earnings paid out in dividends, and it varies widely depending on the industry, stage of growth and other factors. Generally, young and fast-growing companies pay out little – if any – of their profits, because they need the cash to finance expansion and can reinvest the money at high rates of return. Stock market darling Lululemon Athletica Inc., for instance, hasn't paid a penny in dividends.

Similarly, stocks with volatile earnings, such as mining and exploration companies, and technology firms that need cash for research and development, usually pay no dividends or only a token amount.

At the other end of the spectrum are mature companies whose headiest growth days are behind them but which still generate stable, rising profits. Because these companies have more predictable earnings or lower capital needs, they can afford to pay out a chunk of their profits to shareholders. Examples include telecoms, cable companies, pipelines and utilities.

Companies will often set a target range for their payout ratio, which you can sometimes find on the investor relations section of their website. Pipeline operator Enbridge Inc., for example, targets a payout ratio of 60 to 70 per cent of earnings, which provides "a healthy balance between returning income to shareholders and retaining income for re-investment in new opportunities," it says.

It's not unusual for companies to stray outside their payout ratio guidelines, however, if their earnings take a temporary hit. Bank of Montreal's policy is to pay out 45 to 55 per cent of earnings, but when profits sank during the financial crisis the ratio topped 90 per cent.

In extreme cases, the payout ratio can exceed 100 per cent, although such a situation isn't sustainable. Sun Life Financial Inc.'s payout soared to more than 100 per cent in 2008 and 2009, but the company maintained the dividend because it had the cash resources to do so and was counting on profits to rebound and restore the ratio to a more manageable level. Fellow insurer Manulife Financial Corp. chose a different path, however, slashing its dividend in half in 2009.

Generally, the lower the payout ratio, the safer the dividend – and the more room for dividend growth. Grocery retailer Metro Inc. has a conservative payout policy of just 20 per cent of net earnings from the previous year, before extraordinary items. So although the dividend yield is small, at about 1.6 per cent, the company increases the dividend every year like clockwork.

With bond yields at historic lows and more investors looking for cash to fund their retirement years, dividend payout ratios may be set to rise in coming years to meet growing demand for income.

Up until the 1970s, the average payout ratio for U.S. companies was about 50 per cent. But since the 1980s, when investors started emphasizing capital gains instead of dividends, the payout ratio has fallen steadily and now hovers around 30 per cent, according to Daniel Peris, author of The Strategic Dividend Investor.

But the trend may be about to reverse, as companies find it harder to reinvest profits at attractive rates of return and shareholders demand more cash in their pockets.

"The general landscape is one in which corporate payouts to company owners ought to rise," he writes. "More and more baby boomers will be retiring and shifting toward an income focus from their investments. On both the business front and from investors, supply and demand will work in favour of companies returning to more normal dividend payout regimes." 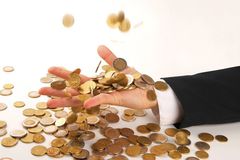 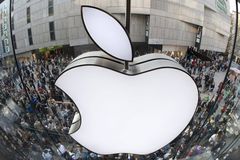 An investment that never stops paying you
January 20, 2012 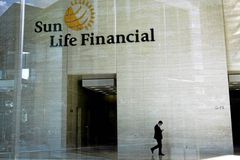 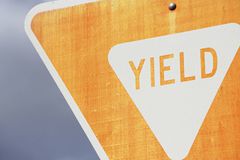