Investing Exchange brings couples together with financial advisers in an exchange of opinion over saving and investment strategies.

In this exchange, we meet a newlywed couple with a baby on the way. David has an entrepreneur's instincts ... in business and in investing. Annie prefers low-risk mutual funds and a safe future for the family.

David wants to invest in a sports franchise. The 30-year-old oilfields safety trainer wants to be an entrepreneur and is already diversifying his income streams. He is starting a business to train others in his field and is also in a partnership that owns a commercial lot in the small prairie town where he lives with his newlywed bride of nine months, Annie.

David was already on to his next investment six months ago – an ice-cream store on a lucrative strip – when the couple found out Annie was expecting their first child. Annie, 32, who works in the HR department of a mining company, was glad to see the ice-cream venture shelved. Yet the combination of her pregnancy and David's risk-taking inclinations with his ventures and investments kept her up nights worrying about money.

Annie was also anxious about their mortgage, plus $110,000 in credit-card bills, student debt and car loans, and was especially frightened about the possibility of layoffs in their industries. She didn't want to dampen David's entrepreneurial spirit but felt his investments were too high-risk for their lifestyle.

As for equities, in the past year, David acted on some hot stock tips on a few Canadian technology companies. The stocks, unfortunately, lost value and he lost about $1,500.

Annie is at the opposite end of the spectrum when it comes to taking risks. She has kept her retirement savings in low-risk mutual funds, while David had 100 per cent of his investments in equity funds that often underperformed.

"It's frustrating sometimes when I want to do something and go all-in without thinking all the time. But she's also that anchor that stops me from going all-in and having it backfire," he says.

The couple both enjoy well-paying jobs that bring in $190,000 a year, but they have a $350,000 mortgage and their wedding to pay off. In the past, credit-card bills were often not fully paid off every month. Since the couple are steeped in student-loan debt themselves, one of their aims is to fund their own children's education. They also hope to have a retirement home in Arizona. Annie didn't want to dampen David's entrepreneurial spirit but felt his investments were too high-risk for their lifestyle and future plans.

Before they sought professional financial advice, Annie described their situation as floundering. Along with non-mortgage debt payments, they paid $2,000 in mortgage payments a month on their $410,000 home. Annie removed money from her RRSP to make a down payment on their home and they are now left with $70,000 in retirement savings. David's commercial lot is just now making a small profit and the couple has no sources of income outside their jobs. They currently have no dependents, other than their Labradoodle dog.

However, their discretionary spending, such as travel, was too high, given the amount of debt they were dealing with.

The spending and debt situation could not be sustained, especially with the baby on the way said Kathy Waite, the couple's financial adviser of 10 months.

The key to threading their way through divergent investing styles is to have a "plan-before-product" attitude, she said. This entails an agreed-on financial plan between the couple before they pounce on any investing opportunity. They put a strategy in place to focus on their credit-card bills, student-loan debt and loose spending habits.

Mrs. Waite runs Your Net Worth Manager (formerly Eureka Investor Guidance), a financial planning service, and she has clients across Saskatchewan, as well as remote clients across Canada. She said David is a typical entrepreneurial personality who is driven to take risks and believes that if money is lost, there will always be new opportunities to make the funds back. With an agreed-on plan, the family can have a unified budget while still allotting appropriately measured funds for David's other business investments, such as eventually investing in a Western Hockey League franchise.

Getting David and Annie to talk about the plan is another matter. Typically, Mrs. Waite and Annie together will pore over spreadsheets that encapsulate the couple's situation and their potential for the future. David doesn't have the patience for that.

"Sometimes he won't address things. He says, 'It'll be okay.' And Annie wants to say, 'Let's look at it and make sure it'll be okay," Mrs. Waite said.

Mrs. Waite also said that it is important to bring out the best parts of David's driven nature while foregoing the risks the family can't afford to take. She said he must develop the habits of a seasoned business owner so that he is not investing solely for the adrenaline rush.

Part of the problem with young people in the West is that they have only known boom times as they grew up, Mrs. Waite said. The economy can have drastic swings and they must prepare appropriately, she said.

"They have only known interest rates at 4 per cent," she adds. "Part of disaster-proofing their life and debt is asking the question, 'What if your mortgage renewed at 10 per cent?'" she said.

Today, Annie and David are still digging out from a debt load but are in a far better situation. With their planner's help, they have renegotiated credit-card rates, and payments to non-mortgage debt have increased by $500 a month, with David's bonus and overtime pay going directly to lessen this burden. Their $110,000 debt has decreased to $80,000 in less than a year.

Moreover, they are directing $650 a month to a savings fund to prepare for Annie's maternity leave and, so far, the fund sits at $6,000. David is expecting a small inheritance that, along with their tax refunds, should put about $7,000 into an emergency fund by the time the baby is born in April. The soon-to-be grandparents of their child will help to build an RESP.

One of the biggest changes has been their spending habits. To fund their savings, they have dropped discretionary spending by an impressive $800 a month. David's trips with buddies to fly out and watch baseball or hockey in the United States are gone.

And they continue to contribute to their retirement funds. David has switched from his earlier higher-risk equity funds to less-risky balanced ETFs. And Annie has hers in low-risk balanced funds run through her employer.

Their financial plan has allowed them both to feel comfortable. Annie is less nervous about the future and is happy a portion of their cash flow is directed toward David's business investments. Tension over investments has visibly disappeared at their meetings, said Mrs. Waite.

"Now that everything else is covered off, Annie kind of sits back in the chair and she looks at him as he gets into talking about his investments. She enjoys watching him being enthusiastic because she feels safe."

(David and Annie's names have been changed) 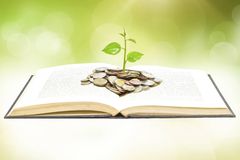 The argument against set-and-forget investing 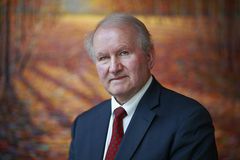 He says sell the house to pay debts, she says stay 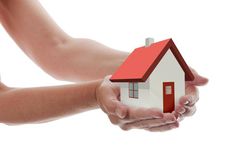 Your RRSP and TFSA questions answered 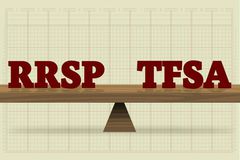 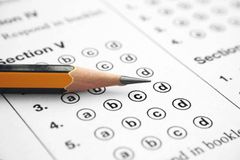 What investments should I put into my TFSA?
Follow us on Twitter @globeinvestor Opens in a new window
Report an error Editorial code of conduct
Due to technical reasons, we have temporarily removed commenting from our articles. We hope to have this fixed soon. Thank you for your patience. If you are looking to give feedback on our new site, please send it along to feedback@globeandmail.com. If you want to write a letter to the editor, please forward to letters@globeandmail.com.
Comments