In personal finance, never fake it.

Do not be like the people who participated in a recent survey done on behalf of a wealth management company. A bunch of phony investing terms were tossed out to them and quite a few pretended they were hip to the lingo. Just for the record, "white chip stocks," "forward yield disbursement bonds" and "the diversified security principal" are all nonsense terms.

The worst that will happen to the survey participants is that they'll be anonymously mocked for their pretensions. When you fake it with your own finances, you give others power over your money. The predators will exploit this, and most everyone else will assume you can handle yourself when, in fact, you cannot. This will not end well.

The survey of 1,000 people was commissioned by a firm called Hennick Wealth Management and conducted on Google. Participants were tested with several investing questions containing made-up financial terms and a significant number got caught out for pretending they understood what they did not. Asked whether their portfolio was "diversified in consideration of the Diversified Security Principal (DSP 2016)," 12.3 per cent of participants said yes to this inspired bit of fake jargon and another 29.3 per cent weren't sure.

Same deal on the willingness to claim ownership of the "variable-income securities vehicle" – 18.5 per cent of participants said yes and 27 per cent weren't sure. Just over 7.5 per cent reported owning "shared earnings bonds," which don't exist. Almost 8.5 per cent of the men in the survey said they have owned "white chip stocks" in their portfolio. Just 4.2 per cent of the women were fooled with this bogus term.

It's possible that some of the people in this sting were honestly mistaken. Forward yield disbursement bonds sound a bit like high-yield bonds, for example. But the bigger story is people faking a familiarity with their investments and thus giving up control.

The hardest words in personal finance are "I don't understand." Say this phrase a few times until you can utter it with conviction and not meekness. Own your ignorance. Use it as a weapon to build your own knowledge and test the skill and character of the financial industry people you deal with.

Why are we so reluctant to admit our ignorance and ask questions? "As Canadians, we're so polite," said Adam Hennick of Hennick Wealth. "It's not in our nature. I find that some of my clients apologize when they don't understand something."

Do not be intimidated by the financial industry. Truth is, there are many good advisers and planners who would welcome your questions because they want a two-way conversation with an engaged client. They may lapse into jargon from time to time, but you can easily swing them back to plain English or French as required.

Advisers who use jargon for power and status should be avoided. They're trying to bully you into buying their "wisdom" so they can move along to clients they consider more important. Excessive jargon can also be a sales technique to impress clients into buying products. An important rule of investing is that your true need for an investment product is inversely proportional to its complexity.

There's some personal laziness behind the unwillingness to question advisers and planners, but mostly it's a matter of misplaced deference to people who we feel have financial stature. Advisers and planners offer extremely useful services – that is, the ones who are advice providers and not investment salespeople. Reputable people in the field have serious accreditations like the certified financial planner (CFP), registered financial planner (RFP) and the chartered financial analyst (CFA).

But advice, in the end, is a service, and investments are products. We navigate the purchase of services and products all the time – when undertaking home renovations and buying smartphones, for example. If a contractor asked whether your house had shared support beams or was built according to the diversified construction principal, you'd bloody well find out if you didn't know offhand.

In finance and elsewhere, saying you don't understand is actually empowering. You're telling someone you don't know something, and need an explanation. You're curious, engaged and not to be taken lightly.

Be that kind of client when dealing with the financial industry. Don't be the chump who thought he had the diversified security principal working for him.

Selling too early: One of the most frequent investing mistakes
January 29, 2016 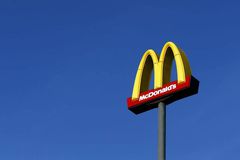