Exchange-traded funds are booming for a lot of reasons. They charge lower fees than mutual funds, trade throughout the day just like stocks and the growing number of ETFs makes it relatively simple to construct a diversified portfolio.

That much you probably know. But do you know how ETF units are created? Or who the people are behind the scenes who buy and sell them all day? Or why it's generally a bad idea to put in an order for ETFs in the first 10 minutes of trading?

Today, in the interest of telling you everything you need to know about ETFs but were afraid to ask, we'll address these and other questions. So the next time you're at a dinner party and the conversation turns to ETFs, you can impress everyone with your vast knowledge.

Let's start with the basics.

WHAT IS AN ETF?

Exchange-traded funds are baskets of securities, much like mutual funds. Unlike mutual funds, ETFs are bought and sold throughout the day. That gives buyers and sellers more control, whereas mutual fund orders are only processed after the market close, based on the day's final prices.

Market makers, also known as designated brokers, are essential to the smooth functioning of the ETF marketplace. Their role is to maintain liquidity by offering to buy or sell ETF units when nobody else will, and also to set the "goalposts" for the bid and ask prices.

"The market maker is very much like a shopkeeper, but he operates on two sides of the market. So you can buy from him and sell to him," explains Oliver McMahon, director of product management for iShares Canada, owned by BlackRock Asset Management Canada.

In effect, market makers - usually one of the bank-owned investment dealers - provide a second layer of liquidity in addition to the normal supply and demand from investors. Without market makers, the ETF's price could get seriously out of whack with the price of the underlying securities.

HOW ARE ETF UNITS CREATED?

Say you've got $1-million and you decide to invest in an ETF, but the market maker doesn't have enough units in inventory to fill your order. No worries: He can whip up a fresh batch of units for you.

When your order arrives, the market maker credits your account for the units. His computer system then purchases $1-million worth of the underlying stocks in the ETF.

In broker parlance, the market maker is now "short" the ETF units (because he sold them to you without actually owning them) and "long" the underlying stocks (because he bought them).

He then delivers the underlying shares to the ETF company, which in turn issues him $1-million of new units, thereby cancelling his short position.

When trading ETFs, investors should exercise caution when placing market orders - that is, orders to buy or sell at the current market price. This is especially true with large orders.

In most cases, limit orders - which specify a price - are preferable because they give the investor more certainty, says Som Seif, chief executive officer of Claymore Investments.

"If you're doing 100 shares or 200 shares it doesn't matter as much. But if you're doing a larger order of 10,000 or more, there is no point in doing anything other than a limit order."

AVOID THE OPEN AND CLOSE

Mr. Seif usually tells people to avoid trading ETFs - or stocks for that matter - within 10 minutes of the market open or close. There is less liquidity in the underlying stocks at these times, which makes it more difficult for market makers to hedge themselves. Also, prices are often volatile, so it's more difficult for the market maker to set the bid and ask goalposts properly, he says. 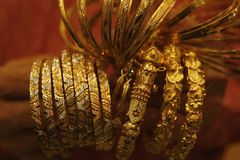 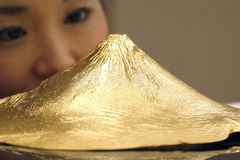