After last week's column that looked at ways to generate more income from your portfolio, several readers asked: Why no mention of dividend exchange-traded funds?

Because Investor Clinic goofed, that's why. We were so caught up in explaining the benefits of individual dividend stocks that we failed to mention dividend ETFs, even though they're one of our favourite ways to invest.

So today, we'll take a close look at a few dividend ETFs - what's in them, the fees they charge, the advantages of owning them and the risks involved.

Remember those old commercials where the guy accidentally plants his chocolate bar into someone else's jar of peanut butter? Well, dividend ETFs are like that - they combine the benefits of dividend investing with the low cost and diversification of ETFs.

That explains why they're a hit with income-seeking investors, particularly after last year's market meltdown.

"When markets are falling it makes people realize that a dividend is an important part of your return," says Som Seif, chief executive officer of Claymore Investments.

"Dividend investing through ETFs is a very smart approach because it gives you broad exposure to dividend-paying stocks without the single-stock risk."

One example is the iShares CDN Dividend Index Fund , which yields about 3.9 per cent and has a management expense ratio of 0.5 per cent. That's a deal compared with MERs of between 1.5 per cent 2 per cent charged by bank-owned dividend mutual funds.

Designed to track the Dow Jones Canada Select Dividend Index, the iShares ETF consists of 30 stocks selected on the basis of yield, dividend growth and payout ratio. The one major drawback of this ETF is its heavy concentration in financials, which account for more than 70 per cent of the weighting.

That's not necessarily a bad thing, considering that Canada's big banks have been dividend growth leaders (at least when the economy isn't sputtering). The rest of the holdings are spread among utilities, telecoms, consumer services, energy, materials and industrials.

The financial weighting is still high, at about 47 per cent, but not egregious. And unlike the iShares dividend fund, this ETF provides exposure to income trusts and real estate investment trusts, which typically sport higher yields - and higher payout ratios - than common stocks.

As a result, the Claymore dividend ETF has a higher yield of about 5 per cent. Another difference is that the income is distributed monthly, not quarterly, as with the iShares ETF. The MER for the Claymore ETF is higher, however, at 0.6 per cent.

A few caveats: First, because the Aristocrats index is revised annually - the next review is in December - companies that cut their dividends can hang around for months before getting the boot. That would explain the presence of Manulife Financial and Yellow Pages Income Fund, both of which will be punted at the end of the year.

Second, because the index is weighted by yield - that is, the highest-yielding companies have the biggest positions - there's some risk here, given that an outsized yield can sometimes signal a dividend cut. To limit the risk, Claymore prevents any stock from accounting for more than 8 per cent of the index, while the maximum weight for any income trust is 5 per cent.

Finally, it's important to remember that income trusts will face taxation starting in 2011, and the effect on unit prices is a wild card.

For an MER of 0.65 per cent, you'll get a monthly flow of income from companies such as Coca-Cola Co., Johnson & Johnson, Procter & Gamble, Unilever, Tesco, France Telecom, Adidas and more than 200 others. The ETF is currently yielding 4.5 per cent.

A couple of things worth noting: The ETF hedges its exposure to U.S. dollars, reducing currency risk for Canadians. And it is structured, through a forward agreement with National Bank, to distribute its income as primarily return of capital, which has certain tax advantages for investors.

Although not advertised as a dividend ETF, the iShares CDN LargeCap 60 Index Fund invests primarily in dividend-paying stocks, without the excessive concentration in financials. Current yield: About 2.4 per cent.

Then there's the Claymore S&P/TSX CDN Preferred Share ETF , which yields about 5 per cent and invests in - you guessed it - preferred shares.

The vast majority - about 84 per cent - are issued by financial institutions.

So if you like dividends, but you don't like the idea of owning individual stocks, there's an ETF for you.

Until the financial crisis put dividend hikes on hold, Canada's banks had few peers in the dividend growth game. Royal Bank of Canada's dividend has grown by about 15 per cent annually over the past five years, and when the economy recovers, the increases should resume.

The telecom business is fertile ground for dividend growth, as Telus's track record illustrates. The company hiked its dividend in 2008 for the fifth consecutive year, over which time its dividend grew by an average of 26 per cent annually.

In February, Coca-Cola's board approved the company's 47th annual dividend increase. Coke is one of more than 200 companies in the Claymore Global Monthly Advantaged Dividend ETF.

Apart from making well-known products such as Pampers diapers, Crest toothpaste and Tide laundry detergent, Procter & Gamble is famous for increasing its dividend. Its payment has increased at a five-year annualized rate of 12 per cent. 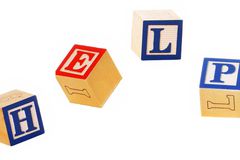 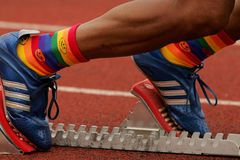 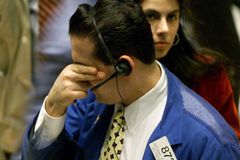