Clement Lee-Sui got a surprise when he was poking around on the iShares website.

One of his wife's exchange-traded funds, the iShares S&P/TSX Capped REIT Index ETF (XRE), declared a distribution of 68.2 cents per unit at the end of 2013 – its biggest distribution of the year by far.

Problem was, the vast majority of the distribution wasn't paid in cash but was reinvested by the fund. What's more, the amount that was reinvested wasn't broken out separately on his T3 tax slip or on his brokerage statement.

"I only know about [it] because I happened to check the iShares website," Mr. Lee-Sui said in an e-mail.

They're known as phantom distributions, and if you don't pay attention to them they could cost you at tax time.

Today, we'll explore what these distributions are, how you can identify them and what you need to do to make sure you don't pay more tax than you should.

In most cases, ETFs pay distributions in cash. However, occasionally an ETF will choose to reinvest some of its realized capital gains internally instead of paying the money out to unitholders.

Even though investors don't receive these reinvested distributions directly, they still have to pay tax on them (assuming the ETF is held in a taxable account, of course).

Reporting income from ETFs is straightforward. Year-end brokerage statements and T3s list the total amount of interest, dividends and capital gains, and plugging these numbers into the appropriate boxes on one's tax return is a simple affair.

The hard part is determining what portion of the capital gain was paid out in cash, and what portion – if any – was reinvested by the fund.

"It seems that the only reliable way to find out your reinvested capital gains distribution for any particular ETF is to go to the website for that ETF and check the detailed characterization for the distributions," Mr. Lee-Sui said.

When a fund automatically reinvests a distribution, it's essentially the same as if you received the money and then reinvested it yourself. In both cases, you are effectively putting new cash to work. (This is similar to what happens with a dividend reinvestment plan, or DRIP.)

As a result, you need to increase the adjusted cost base (ACB) of your investment by the amount of the reinvested distribution. (I discussed the ACB in detail in two recent columns: tgam.ca/EBRk and tgam.ca/EB2I.)

What if you fail to increase your ACB? You end up reporting a bigger capital gain – and paying more tax – than necessary when you sell the fund. That's why it's critical for investors to stay on top of reinvested distributions.

Mistakes can be costly

Such non-cash distributions "are almost always missed by holders," said Lea Hill, president of acbtracking.ca, a website that, for a fee, provides detailed ACB calculations for ETFs, closed-end funds and other investments.

Failing to account for phantom distributions can make a capital gain look a lot larger than it actually is, Mr. Hill said.

However, the investor would have also received $3,374.05 in reinvested distributions during the holding period. These phantom payments would increase the ACB to $19,374.05 from $16,000. The investor would also have received $55.06 in return of capital (ROC), which would reduce the ACB to $19,318.99 (reinvested distributions are added to the ACB, and ROC is subtracted).

"Failure of the client to realize how phantoms impacted this would result in the client declaring $3,319 more in capital gains in 2013 than was owed," Mr. Hill said.

XSP isn't an isolated case. According to Mr. Hill, ETFs and closed-end funds have made more than 600 such distributions over the years.

Fortunately for Mr. Lee-Sui, he now knows to check the ETF provider's website every year to see which funds declared reinvested distributions.

"We do own several ETFs and it's an issue for every one of them," he said. 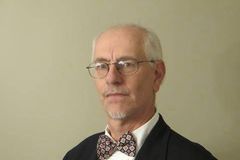