I chose this reader's question because it touches on a number of issues that affect the calculation of capital gains – a process that can be particularly tricky with ETFs.

First, let's deal with the stock split. As the reader indicated, the iShares (formerly iUnits) S&P/TSX 60 Index ETF did indeed split its units four-for-one in 2008. The key thing to know about stock splits is that, while they affect the adjusted cost base (ACB) per unit, they do not change the investor's total cost base. In this case, the reader has four times as many units but his total initial cost is still $4,520.70.

With ETFs (and mutual funds), there are two other key pieces of information you need to know in order to determine capital gains or losses. They are return of capital and reinvested distributions. Let's look at each of these in turn.

Return of capital (ROC) is the portion of a distribution that does not consist of dividends, interest or realized capital gains. ROC is not immediately taxable; rather, it is subtracted from the ACB of the investment, which has the effect of increasing the capital gain (or reducing the capital loss) when the units are ultimately sold. ROC (also known as a "cost base adjustment") is identified on your T3 tax slip and also on your year-end brokerage statements.

What if you haven't kept all your records? No worries. Every year around February, iShares (and other ETF providers) publish the "distribution characteristics" – including the amount of ROC – of each of its ETFs for the previous calendar year. This information is available on the BlackRock Canada website under "Resources" and "Tax Information Centre."

Unfortunately, the annual data only go back a few years. To find longer-term ROC information, you'll have to go to the specific web page for XIU. (Once there, look for the heading "distributions" and click on "view full chart." Next, click on "calendar year" and "table." Finally, scroll down until you see a bar that you can slide to the right to reveal more columns, including "return of capital.")

Now, let's turn to XIU's reinvested distributions. These amounts – also known as phantom distributions – usually consist largely of capital gains distributed at year end. But instead of paying the money to you in cash, the ETF plows it back into the fund.

When a fund reinvests a distribution, it's treated the same way for tax purposes as if you were adding new money – that is, the amount is added to your ACB. This has the effect of reducing your capital gain (or increasing your capital loss) when you ultimately sell.

To recap: ROC reduces your ACB, and reinvested distributions raise your ACB.

Unlike ROC, reinvested distributions aren't recorded on your T3 so you'll have to go directly to your ETF provider's website. (With iShares ETFs, you can find the most recent reinvested distributions by looking under "resources," and "resource library," and then scrolling down to "press releases." For the previous few years, you can consult the "distribution characteristics" document mentioned previously. To go even further back, look on the specific page for XIU under "distributions," click on "view full chart," then choose "recent" and "table.")

Tracking ROC and reinvested distributions can be a pain in the behind, and there are services – such as acbtracking.ca and adjustedcostbase.ca – that will do the work for you. But with tax time approaching, it's a skill worth learning. As this example illustrates, it might even save you money. 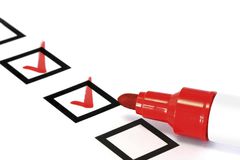 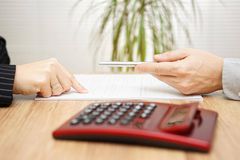