But last week's meltdown exposed a nasty secret of these increasingly popular investing vehicles: When markets are volatile, ETFs can become downright deranged.

Many ETFs, including at least one in Canada, plunged as low as a penny during the panic. Others sank by 60 per cent or more. More than half of the trades that regulators cancelled or repriced were in ETFs.

What's behind these violent swings? And how can investors protect themselves in case it happens again?

Before you can understand why some ETFs plunged to virtually nothing, you need to know how they work.

Market makers, also known as designated brokers, stand ready to buy or sell ETF units when nobody else will. In effect, they set the "goalposts" for the bid and ask prices, although other investors are free to trade within these goalposts. The market maker's bid (the price at which he'll buy) and ask (the price at which he'll sell) are based on the underlying bid and ask prices of the securities in the ETF, plus a small profit spread.

Without these goalposts, the ETF's price could get seriously out of whack with the price of the underlying stocks. This is what happened during last week's flash crash.

A penny for your stocks

Market makers use sophisticated computer systems, called auto traders, to set their bid and ask prices. But when the data being fed to these systems becomes exceptionally volatile, the auto trader shuts down temporarily.

That's why, for several chaotic minutes last Thursday afternoon, market makers were unable to set the goalposts. As a result, if an investor entered an order to sell his ETF "at market," he'd get whatever price the market was willing to pay. And in some cases, that was a penny.

Who were the buyers? They were probably high-frequency "algo" traders, said Som Seif, chief executive officer of Claymore Investments.

"There are traders out there who will just post, every day, a bid of a penny or two pennies or 10 cents on every stock," he said. "And what they're doing is they're waiting for environments like this."

The most egregious trades were cancelled or repriced by regulators, much to the relief of the sellers. But in other cases, sellers had to take their lumps. For instance, whoever sold units of the iShares Dow Jones Canada Select Dividend Index Fund at $14.30 - down 26 per cent from the previous close - probably regrets it.

How not to get burned

Market orders - which instruct the broker to buy or sell a security at the best available price - are especially dangerous in these situations. "The most important message coming out of this is don't go putting market orders in at a time when there is extreme market noise," Mr. Seif said.

He encourages people to use limit orders, which specify the price at which they're willing to buy or sell.

Using stop-loss orders with ETFs is also problematic. Why? Because when the price of a security falls below the target price, the stop-loss order automatically becomes a market order, leaving the investor vulnerable to opportunistic bids.

Vikash Jain, president of archerETF Portfolio Management, says it's also wise to avoid trading ETFs within 15 minutes of the open or close of trading, when prices are notoriously volatile.

"You don't want to be taken out by some freak price," he says.

With the number of ETFs growing rapidly, Mr. Jain says investors need to do their homework before investing.

He recommends avoiding thinly-traded ETFs and sticking with large, liquid ones. As a rule of thumb, a broad-market ETF should have a couple of hundred million dollars under management, while a sector-specific ETF should have a minimum of about $50-million.

Investors should also check the daily trading volume (bigger is better) and the spread between bid and ask prices (smaller is better). For instance, the popular iShares S&P/TSX 60 ETF usually has a spread of a penny, indicating a highly liquid market. Compare that to the thinly-traded Claymore U.S. Fundamental Index ETF non-hedged , which had a spread of 8 cents yesterday.

"If [the spread]is very wide then it will be very wide when you want to get out of that position, too," he says.

Before you buy an ETF, be sure to scrutinize its holdings. Some ETFs have heavy concentrations in a few securities or countries. Case in point: The Claymore BRIC ETF has a 55-per-cent weighting in Brazil, and about half of that is in two companies.

Perhaps most important, just because you can trade ETFs easily doesn't necessarily mean you should. "That's one of the downfalls of ETFs. Because they're so easy to trade, people trade them too much," Mr. Jain says.

Folks who sold their ETFs last week, only to watch prices rebound, don't need to be reminded. 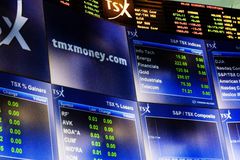 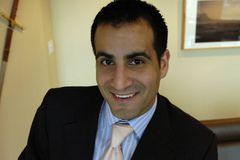 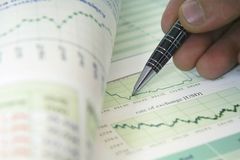 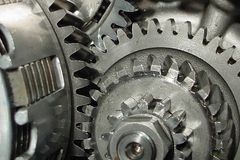 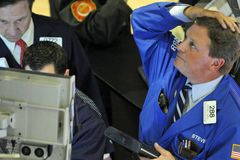