Everyone knows the old cliché about men and women being from different planets, one of the reasons special effects-laden action movies coexist quite happily with romantic comedies at the local multiplex. But what about when it comes to investing: Is it true that men are the macho risk-takers while women tend to play it safe while worrying about their investments and having enough to retire on?

Sadly, the generalizations appear to be true.

The firm's annual investor poll of women, released earlier this month, found that they are more confident financially even in the face of the recession and market downturn, with 62 per cent characterizing themselves as "financially successful," up from 58 per cent the prior year. It was not sports cars or vacation homes they considered symbols of success (just 20 per cent cited those frills) but rather the ability to pay bills on time, to be debt-free and to have enough money for a comfortable retirement.

The survey did not compare the attitudes of men and women, who TD Waterhouse found tend to be sandwiched by the practicalities of raising children and supporting aging parents.

"Men typically will view their portfolio as a stream that can be replenished: 'If I lose money it is okay, I can go and make more,' " explained Ms. Lovett-Reid. It's a strategy that not only can carry more risk, but also eat into overall investment returns. "They tend to be more active in terms of their trading activities and that will compromise their returns just by virtue of the trading costs alone."

In households where spouses direct their own personal portfolios, investment styles could have resulted in very different market performance over the roller-coaster ride investors have taken in the past year or so.

The Mars-Venus divide certainly exists in the Toronto home of Cam and Larissa. A supervisor in the food industry, Cam says he is making up for lost financial time from years when he ran his own business and did not focus as much on his retirement.

"I have had to be pretty aggressive," he says. His self-directed retirement portfolio is decidedly pugnacious: He is invested only in equities, choosing not to balancing them out with "safe" holdings such as bonds and other fixed-income assets. And he is using leverage - borrowing to make those investments.

The strategy is paying off handsomely so far, mainly because he didn't take the portfolio haircut that most investors did last year and patiently waited for what he thought was the right time to get back in. He converted his investments to cash before the market downturn and jumped back into stocks mainly through index-tracking exchange traded funds (ETFs), real estate income trust (REIT) funds as well as emerging market ETFs this March when he decided that the market had bottomed out.

"I guess I timed things right," said Cam, who is 45 and estimates his equity holdings are up about 30 per cent. "Though I'm shouldering a lot more risk, the rewards are certainly worth it."

His wife is intrigued by the strategy but has yet to follow his lead.

"I think maybe if I had more money to play around with I might be a little more aggressive," said Larissa. "He is showing me how his investments are gaining ground and how he is in control of it rather than having a mutual fund manager doing the work for you and getting paid on top of that."

A government employee, much of her retirement savings are locked up in OMERS, the pension fund for Ontario municipal employees. The 38-year-old also has a pre-marriage mutual fund and co-owns a piece of real estate with a family member that she considers the education fund for the kids. She likens the landholding to how her parents bought Canada savings bonds to pay for her university costs, and she still has a soft spot for the safe but low-yield bonds. "I say, 'Maybe we should put some money in bonds. It's safe,' and Cam always says, 'You don't make much money on them.'

"I'm kind of boring I guess," she concluded when thinking about her investments.

"[Men]don't want necessarily to go through the process of doing a financial plan or even a retirement plan, they just want to invest," said Mr. Walters. "I guess it goes back to the never-asking-for-directions kind of thing.

"Women definitely will ask for directions. And women tend to follow them better than men as well."

In a word, security.

While one financial firm found women more financially secure than they were a year ago, another said female users of its online financial calculator are increasingly worried about riding out the current economy and turbulent markets.

The online results from Russell Investments Canada Ltd. for the third quarter of this year do not necessarily contradict TD Waterhouse's more upbeat data, as the women were drawn from different samples.

Russell found that women who used its financial calculator "were more likely to be single, widowed or divorced" than in the prior three months, said Kathleen Wylie, a senior researcher with the firm.

The most significant concern for women was riding out the economy, up nearly 18 points to 59.6 on its 1-to-100 scale (which goes from "not at all concerned" to "very concerned"). Leading "an active and healthy lifestyle" rose 15 points and having "reliable, trustworthy professional advice" jumped 11.2 points.

Men, by contrast, did not change their financial outlooks that much over the past two quarters.

"The biggest difference (between the sexes) is having a tangible financial plan," noted Ms. Wylie. Women scored 69.3 on this measure versus 58 for men, "which is pretty significant," she said. 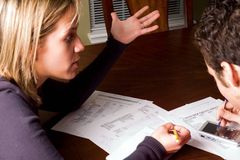 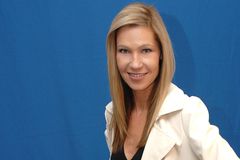 How to negotiate your first mortgage
October 6, 2009 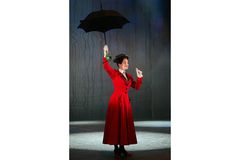 Financial planning: Whom should you trust?
October 20, 2009 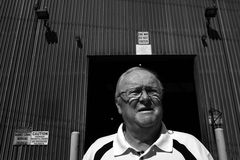