The meteoric rise of stocks so far this year has summoned the decade-old spirit of a past rally: the day trader.

A 57 per cent gain in the S&P 500 Index since March has made it more tempting to flip equities from the home computer. But it was the big rout that preceded this rally that sparked the interest, said Ben Bittrolff, 30, a seasoned day trader who says he is up 373 per cent on the year.

"All the way down, advisers were telling people to hang on. These guys told them, 'Don't worry, it will come back,' " he said. "Then people said, "Why am I paying an adviser 2 per cent and he's got me in RIM and I'm losing money? I can just do that myself.' And that's how they start migrating to day trading."

But this time is different, said Mr. Bittrolff, who stayed at the table long after the tech stock collapse of 2000 and the crash after the Sept. 11, 2001, terrorist attacks in the United States. He now helps to run a company that sells trading software to day traders, and has noticed a rising interest in the products.

But the game has changed in the nine years since The Globe and Mail last profiled him in 2000, when at the tender age of 21 he was trading stocks all day and said that he was completing his full-time economics and finance degree "on the side" at Wilfrid Laurier University.

Once he graduated in 2002, he and his winnings headed to Swift Trade Inc. to work as a day trader. Then he moved on to a derivatives trading desk at Refco Inc. Upon the firm's collapse amid an accounting scandal, Mr. Bittrolff enrolled in an MBA at Laurier, then managed a trading floor at CFT Financial until February of 2008, when he recognized an even better way to make money from the day-trading business.

The recent rise in day trading has created demand for software that serves high-frequency independent traders. Mr. Bittrolff's product, which launched in September, is similar to that of big firms that use "black box" investing principles - a computer-based model that analyzes data feeds and executes trades automatically. However, it allows the user to customize the data using Dow Jones feeds as well as manage objectives and trading actions through partnerships with specialized high-speed trading platforms.

For this, customers pay between $250 and $375 a month. Cyborg has seven employees, is not yet profitable, and represents "a partnership between the trader, a human, and his ability to think, and the reliability and automation of a machine. What we're trying to do is take the best traits from each party," Mr. Bittrolff says.

That is what it takes to succeed at day trading now, he says, adding that just as before, some day traders will go down in flames.

"It is not for everybody, it is actually for very few people. Would you like to live a very stressful life, in an environment that changes so rapidly, there's no right answer?" he asks. "This world is not for the casual guy who thinks he can beat Wall Street, because he can't."

For now, Mr. Bittrolff day trades mainly to test his software. For his own serious investing activity, he has slightly longer-term horizons: He owns a condo, which he shares with his wife, who is pregnant with their first child.

"Day trading has its sacrifices - no, I'm not living with my parents, but it's about making lots of money, not knowing when it will stop, then having it stop. Then it might start again. It's a massively variable income," he said.

Day trading can be exciting at first, but with poor timing or preparation the result can be trouble, says Patricia Lovett-Reid, a certified financial planner and senior vice-president at TD Waterhouse Group Inc.

"I worry about early successes, and about early gains," she said. "You start to believe your own predictive powers. I think day trading is right, but for the right person."

Ms. Lovett-Reid said she was approached by a savvy woman recently after giving a talk in Oakville, Ont. The investor had recently begun to day trade, using a portion of her savings to do so. This person was well aware of the risks, and was taking the right approach.

Preparing a plan, setting aside large amounts of time each day, and using third-party research - fundamentals, as well as technical analysis - are keys to success, Ms. Lovett-Reid said.

Even so, she recommends extreme caution.

"An active trader at home has to realize they are trading against the big banks' own trading floors, who have the latest information, the best software and technology," she says.

"So if you're acting on news you heard yesterday, everybody already has that and has acted on it already."

Even so, newbie day traders are increasingly emboldened. Even those looking to "swing trade" over slightly longer periods - days, weeks and sometimes months - are on the rise, especially with exchange-traded funds that mirror the movement of an underlying commodity by two or three times the price, says Questrade chief executive officer Edward Kholodenko.

"I have seen it, particularly with leveraged ETFs," he said, adding that these funds' ability to make long or short bets [for or against]a particular commodity, such as gold, is a popular feature with day traders.

As for the proving grounds for a day trader, he has succinct advice:

"But then the market takes care of itself." 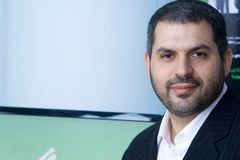 Park your cash here while you learn the ropes
September 10, 2009 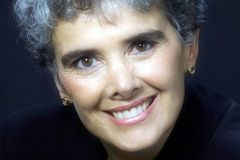 Like investing, teaching it is best done early, often
October 29, 2009 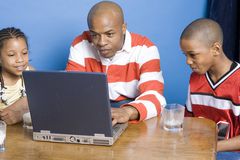