Before the disastrous economic events of the past 18 months unfolded, Arlene Jackson was on track to retire at 65. With a solid superannuated pension, relatively well-funded RRSP and a small investment nest egg approaching $100,000, the career provincial civil servant from Vancouver intended to draw a retirement income that roughly matched the salary of her last few years in the workplace.

But like so many Canadians, Ms. Jackson's retirement plan was dealt a nasty blow by the recession, a painful reminder that market volatility can derail even seemingly solid savings strategies.

"I thought I had it all figured out," Ms. Jackson recalls. "We were going to put my savings in a safe place where I was going to be able to live on some part of the principal and add it to my pensions. But [after the downturn]that just wasn't going to happen."

As a result, Ms. Jackson made the frustrating decision to delay her retirement by a year to rebuild the nearly 25 per cent of her investment portfolio that evaporated when Canadian markets crashed. But she's quick to highlight the underlying cause for that delay: her reluctance to start saving until middle age. "I used to doze off in my 20s and 30s when people told me to save," she says. "I couldn't even think about it. I think [the recession has] taught us to start saving earlier."

Or has it? According to a recent poll by Royal Bank of Canada, 70 per cent of Canadians say they find it difficult to reach a savings goal and 48 per cent admit they're now saving only about as much as they did before the downturn.

"Many people became accustomed to a rising market," says Teresa Black Hughes, the former chairwoman of Toronto-based Advocis, the Financial Advisors Association of Canada. "People experienced a 40-per-cent reduction in equities, which was extremely significant, and they didn't realize how much they felt impacted ... all of a sudden a trip to Starbucks made a difference."

But even in a low-interest-rate climate such as this one, Canadians still have a wide array of financial tools at their disposal to start building - or salvaging - their savings. The first step to doing so, says Michael MacDonald, a Toronto-based financial planning manager with Royal Bank, is for consumers to understand what they need from their savings, when they need to draw on them, and how much they can afford to lose in the event of a market downturn.

Those savers who need to tap dividends in one to two years, for example, should utilize risk-free products such as high-interest savings accounts - which yield in the neighbourhood of one to two per cent per annum - due to their liquid nature, according to Mr. MacDonald. Others may even choose to purchase guaranteed investment certificates (GICs), which may also yield relatively low returns, but carry virtually no risk.

Investors with lower risk tolerances but extra time before they need to begin drawing income from their savings could even employ a laddering strategy, he says. In that scenario, the consumer purchases several debt securities such as bonds and divides her money incrementally with each bond maturing at a different date. Then, she simply reinvests the profits in new bonds at the prevailing - ideally higher - rate.

"A laddering strategy makes sense because investors always have something coming due and they can take advantage of changes in the financial environment," Mr. MacDonald says.

For those with greater tolerance for risk and who might only need to draw on their investments in the medium term, say five years, Mr. MacDonald typically recommends a 50-50 split of equities to fixed-income products such as bonds or GICs, and in the long term - 10 years or more - he says that asset split can become slightly more aggressive, with as much as a 65-35 portfolio split.

But many savers forget the golden rule of amassing wealth, one that holds true in even the lowest-interest-rate environment, says David H. Stewart, a principal at Toronto-based financial planning firm Stewart & Kett Financial Advisors Inc.: actually saving money - ideally about 10 per cent of their annual income after contributing to their RRSP.

"Even with a balanced portfolio, you're still going to end up with a two- to three-per-cent real rate of return after you figure that the stocks are only about 60 per cent of your portfolio, you have to pay fees, taxes and then factor in inflation," Mr. Stewart says.

"The danger is that people buy more equities to build wealth because they haven't been able to do it by saving more money. To me, the real strategy to build wealth is not to focus so much on the returns as adding to the amount of capital through your own cash flow."

For Ms. Jackson, delaying retirement has allowed her to further top up her RRSP, while an upswing in the markets has meant that by the time she does retire in the next year, she'll have likely recovered her lost savings.

But the one-time avid traveller admits that the events of the past year have driven her to embrace a fashionable new frugality. "Now my travelling and my enjoyment are different," she says. "I'm finding other ways of doing exactly what I want to do, just doing it differently."

WHAT TO ASK YOURSELF

If you're unsure how to invest your money to ensure maximum savings in the long term, you'll first need to assess your personal risk tolerance. Put simply, risk tolerance is the amount of money you can afford to lose without it affecting your current lifestyle or plans for the future.

- What is your current net worth and individual income?

- What are your short-term income needs?

- What are your eventual savings goals and objectives?

- When do you need to begin drawing on your savings?

- How comfortable will you be if your investments decline in value in the short term? 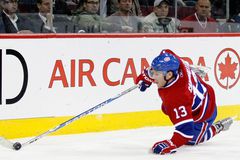 Playing catch-up can be a dangerous game
November 25, 2009