How much attention do you pay to analysts' stock price targets?

As a financial journalist, I'm exposed to analyst price targets on a daily basis. I've seen enough targets that were wildly off the mark (RIM, anyone?) that I don't make investing decisions based on them, but I don't entirely ignore them, either.

When an analyst issues a price target, it indicates that the brokerage expects (at least ostensibly) that the stock will reach the target within a certain time period, usually a year or 18 months. Targets aren't arbitrary; they're usually calculated by estimating a company's future per-share earnings, and then applying a price-to-earnings multiple to that number.

For example, BMO Nesbitt Burns analyst Bert Powell recently raised his price target on Wajax to $41.50 from $35.50 because, as he explained in a note, he believes the company is poised for a recovery. The new target reflects his expectation that the stock will trade at 11 times his 2015 earnings per share estimate of $3.77 – its average P/E multiple historically.

Another measure sometimes used to calculate price targets is the EV/EBITDA ratio – the company's enterprise value (market value of debt plus equity, minus cash) divided by earnings before interest, taxes, depreciation and amortization. A third method involves discounted cash flow analysis, in which the sum of a company's estimated future cash flows are "discounted" back to a present value.

Whatever method is used, price targets are often met with skepticism. Some investors see them mainly as marketing tools for brokerages that want to drum up interest in a stock. Indeed, research has shown that price targets tell you little about where a company's share price is actually heading.

In a 2006 paper, Mark Bradshaw of Harvard Business School and Lawrence Brown of Georgia State University examined nearly 100,000 12-month price targets issued by analysts from 1997 to 2002.

"Target price forecasts are overly optimistic on average, and … analysts demonstrate no abilities to persistently forecast target prices," the authors concluded. "This evidence is consistent with prior findings of low abilities of various experts to forecast interest rates, GDP, recessions and business cycles, and the infrequency with which actively managed funds beat the market index."

Sometimes, target prices vary so widely that it borders on comical.

Consider Netflix, the video-streaming company whose stock has risen more than fivefold in the past year and which closed Friday at $328.03 (U.S.). The most pessimistic analyst on Wall Street has a 12-month target of $72; the most optimistic has a target of $460. Such wide dispersion indicates that analysts don't really know how to value the company; there are too many variables at play.

Contrast that with a company such as Canadian Utilities, whose eight price targets range from $40 to $42. (The stock closed Friday at $38.08 [Canadian]). Such tight clustering of targets indicates that analysts have a high degree of conviction about the company's future earnings, which isn't surprising for a utility that throws off predictable cash flows.

That doesn't necessarily mean the stock will hit the targets, of course. Factors such as interest rates, the economy and market sentiment can all come into play, which is why you need to treat price targets – with their penchant for overestimating a stock's performance – with a healthy degree of skepticism.

GICs: The Rodney Dangerfield of investing vehicles
May 11, 2018 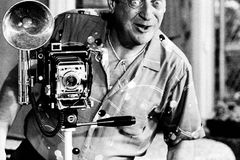 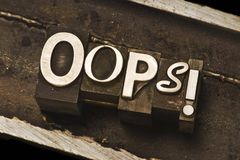 Beware this misleading comparison on dividend yields
May 11, 2018 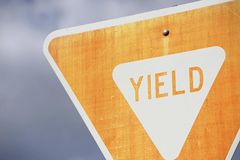