What if the rich get richer because they know how to invest their money more effectively? New research shows that this might be a factor behind the rise in inequality.

Different investors have different levels of sophistication. Why?

It might come from varying levels of education. For example, I know what diversification is, and why it works. But other people might not, and might just pick one or two stocks, increasing their risk without boosting their expected return. Research shows that this is one of the biggest mistakes that people make, if not the biggest.

Differences in education are dangerous because unsophisticated people generally don't realize they're unsophisticated. When you're ignorant, you also usually don't realize how ignorant you are. In psychology, this is known as the Dunning-Kruger effect. People might learn investment basics from their parents, or from their jobs, or from their hobbies. But if you weren't lucky enough to learn about investing, how would you even know what you were missing?

This is a problem no matter where you are in the spectrum of financial sophistication. I probably know one or two Wall Street traders who don't realize how much more they have to learn.

Another reason for information differences is that you can actually buy information with money. The wealthy and the well-funded have access to expensive financial data, which will generally help them earn higher returns. The poor, unable to buy data, will earn lower returns. Thus, the initial differences in wealth will compound over time, with the rich getting richer faster.

U.S. finance researchers Marcin Kacperczyk, Jaromir Nosal and Luminita Stevens realize that differing levels of sophistication are a fundamental, inevitable feature of financial markets. In a new paper, they investigate the effect that this will have on the distribution of income inequality. They find, perhaps unsurprisingly, that more sophisticated investors tend to get more capital income in the form of capital gains when their portfolios rise in value, dividends, interest payments and the like. Basically, if you're a better investor, your money will make more money. The effect is made worse because sophisticated investors are able to snap up valuable assets quickly, pricing the unsophisticated out of the market, or leaving them to pick up the scraps.

And of course, that compounds over time. Income inequality will eventually turn into wealth inequality. Differences in investor sophistication will contribute to the future envisioned by economist Thomas Piketty, where the rich keep getting richer as their capital turns itself into more capital.

But Prof. Kacperczyk et al. have an even more worrying message. They show that it isn't just differences in investor sophistication that drive inequality. As society's average level of sophistication goes up, information-driven inequality may increase. This will happen if informational advantages build on each other – the more you know, the better you understand how to learn more. If that's the case, then educating the general populace about finance might actually exacerbate inequality, instead of correcting it.

Prof. Kacperczyk et al. marshal some data in support of their unsettling theory. For example, they compare the performance of sophisticated investors – investment companies and investment advisers – with others, and find that the former have been beating the latter at least since the early 1990s.

They also find that sophisticated investors have been taking over the stock market, just as their model would predict.

The rise in stock ownership by sophisticated investors probably corresponds to the information technology revolution, which made financial data more widely available. Stocks tend to have higher returns than other assets, so if this continues to be true, the financial future belongs to the sophisticated.

Now, Prof. Kacperczyk et al.'s theory is complicated, with a number of assumptions and moving parts. Though they do gather some facts that generally fit with the model's predictions, it doesn't mean the model is true.

But it should definitely be cause for worry. It provides a concrete, plausible mechanism for a Piketty-type dystopia, in which the natural tendency of financial markets is to make inequality explode. And it's especially worrying because it implies that financial education, of the type urged by many finance researchers, might compound the problem instead of fixing it.

So how would we prevent dystopia, in a world where initial differences compound themselves? Taxation of capital income is believed to be one of the most economically harmful kinds of taxes. An alternative might be a higher inheritance tax. Outside of the tax system, government efforts such as a sovereign wealth fund might be employed to distribute the benefits of capital income more equally. But all of these solutions involve heavy government distortions of the economy. This almost ensures that many economists, along with a large part of the voting public, will be hesitant to give them a full-throated endorsement. 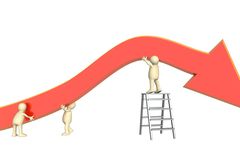 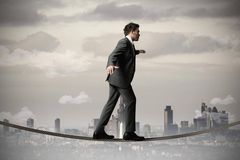 How do I evaluate my investments amid this loonie madness?
September 24, 2015 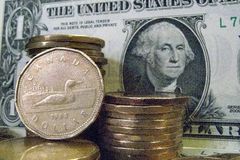