It turns out the best returns are from boring stocks with low volatility, according to a study in the Financial Analysts Journal. This is great news, because it means you can get the best of both worlds - a portfolio that generates outsized returns and lets you sleep like a baby.

Let's take a closer look at the study, because there are important lessons here for investors, especially anyone who thinks investing needs to be exciting to be profitable. It doesn't.

The authors - Malcolm Baker, Brendan Bradley and Jeffrey Wurgler - used data from January, 1968, through December, 2008, for the 1,000 largest U.S. stocks. They sorted the stocks into five groups based on their volatility (or standard deviation) over the previous five years. Separately, they also sorted the stocks based on their "beta," which is a stock's volatility relative to the market.

That's an understatement. A dollar invested in the lowest-volatility portfolio in January, 1968, grew to $59.55 (U.S.) in 2008 - or $10.12 after inflation. A dollar invested in the highest-volatility stocks declined to less than 10 cents after inflation. "Remarkably, an investor who aggressively pursued high-volatility stocks over the last four decades would have borne almost a total loss in real terms," the researchers wrote.

The results using beta were similar. The question is, why would anyone follow a high-risk strategy?

One reason is a preference for lottery-like payoffs.

However, when the potential gain is very large but the probability of getting it is extremely low, people's behaviour changes. For instance, if there's a 99.88-per-cent chance of losing $1 and a 0.12-per-cent chance of making $5,000, the expected payoff (on average) is still about $5. But many people will happily take this wager over the first one.

Even when the expected payoff is negative - a lottery ticket or slot machine, for example - people will put their money at risk in the hope of making a big score. It's the same with investing.

A second reason investors prefer volatile stocks is that they focus on the small number of high-risk plays that panned out and ignore the vast majority that did not.

"The layman, trying to think of great investments - perhaps buying Microsoft Corp. and Genzyme Corp. at their IPOs in 1986 - concludes that the road to riches is paved with speculative investments in new technologies," the researchers wrote.

Finally, many investors have an exaggerated sense of their own forecasting powers, and this overconfidence leads them to purchase high-risk stocks in the erroneous belief that they can predict which ones will soar to the moon.

Astute readers will notice an opportunity here: Buy the low-volatility stocks that are selling at attractive prices while everyone else is buying the high-volatility stuff. But for institutional investors, it's not that simple. The authors offer some technical reasons - including the widespread use of benchmarking against an index - to explain why professionals don't exploit the anomaly.

But individual investors can. Robert Cable, an investment adviser with ScotiaMcLeod in Mississauga, preaches low-risk investing with clients and isn't surprised by the study's results. "Most investor's attention spans are way too short. They're looking for instant gratification," he said.

Investors can minimize risk by sticking with low-volatility stocks such as utilities and pipelines, he said. These stocks typically have a beta of less than 1 (meaning they are less volatile than the market. A beta of greater than 1 means the stock is more volatile than the market). Enbridge, for example, has a beta of 0.25, according to globeinvestor.com, while Fortis has a beta of 0.125. Both stocks are in Mr. Cable's Conservative High Income Portfolio - CHIP for short.

Stocks like these "don't bounce around as much. People tend not to panic with them," he said. As a bonus, they also pay dividends.

Contrast that with a volatile stock such as Research In Motion, which has a beta of 1.7 and doesn't pay dividends. Beta is a backward-looking measure, of course, and nobody knows what the future holds. But Mr. Cable would have rather have the numbers on his side.

Buying high-volatility stocks may generate excitement, but "every gunslinger gets shot eventually," he said. The study shows that they don't just get shot - they get riddled with bullets. 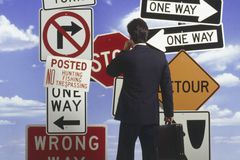 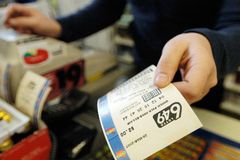 Why the age rule of thumb shouldn't be carved in stone
March 8, 2011 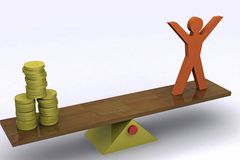 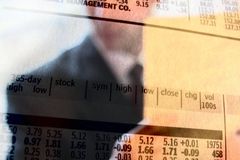