Record low interest rates were meant to be a temporary response to the global financial crisis.

But eight years later, rates are still near zero or even below in much of the developed world, and some experts are warning of long-term side effects: a hit to pension savings, pressure on banks, and possible booms and busts in stock markets and real estate.

Some economists argue that people may have to get used to living in a zero-interest world for a lot longer than they expected, or at least one with rates far lower than those in recent decades.

Here's a look at how we got here and what ultra-low interest rates mean for people.

Q: HOW DID RATES GET SO LOW?

A: Central banks in the U.S., Europe and Japan are keeping their benchmark interest rates at zero or just above in response to financial crises and weak economic growth. To further reduce borrowing costs, central banks have purchased hundreds of billions in mortgage, corporate and government bonds. This increased demand for bonds drives up their prices and lowers their yields, or interest rates.

The European Central Bank has been so aggressive as a buyer that German 10-year bonds now yield slightly less than zero, meaning that rather than paying interest when it borrows for a decade, the German government earns a small profit.

Q: WHY DID CENTRAL BANKS CUT RATES SO MUCH?

A: The idea is to stimulate economic growth and job creation by cutting borrowing costs for businesses and consumers, making it easier to buy things and invest in new production.

They lower returns on savings accounts and other ultra-safe investments and are intended to push people toward riskier but potentially more profitable ones, such as stocks, bonds and real estate.

The idea is "to get people to take risks that they weren't taking before," said Stephen G. Cecchetti, professor of international economics at the Brandeis International Business School. "And when you get them to do that, what happens is that it drives up growth, employment, and prices, and that's a good thing."

Q: WHAT IS THE DOWNSIDE TO LOW RATES?

A: Some experts warn they can encourage investors looking for higher returns to bid up too much the price of riskier investments. That can lead to a "bubble" in that market that is at some point followed by a crash. Economists at Germany's Commerzbank warned house prices in Germany "look increasingly like a bubble." Sweden's central bank has warned that house prices have risen too fast and consumers have too much debt.

What about stocks? U.S. stock markets are near record highs. But it's hard to say; stocks are affected by many factors and the U.S. economy has been growing steadily.

Q: IS THAT THE ONLY RISK?

A: No, low interest rates also mean that people's savings won't grow as much over the years.

Central banks have cut rates to encourage savers to spend or invest, but it could also have the opposite effect. People or companies who see their savings are not growing as much as hoped due to lower returns could put more money aside, not less.

Carmaker Daimler AG said in June it was transferring its stakes in Renault SA and Nissan Motor Co. into its pension fund, adding €1.8-billion ($2-billion U.S.). Siemens said underfunding of its pension plan rose by €1.8-billion in the most recent quarter, from €10.9-billion.

Some analysts note companies may also be tempted to use the cheap money not to invest in new jobs but for financial strategies that don't immediately benefit the economy, such as buying back their own shares.

And rates near zero may actually increase the fear factor by indicating that policy makers think there's a crisis, argues Ian Shepherdson, chief economist at Pantheon Macroeconomics: "You signal to everybody that the economy stinks... Maybe when rates get that low, people become alarmed by further rate cuts, rather than pleased by further rate cuts."

Q: SOME BANKS BLAME LOW RATES FOR POOR EARNINGS. IS THAT FAIR?

A: For some, yes. Interest rates around zero compress the difference between what the bank pays to borrow and the rates at which it lends. That cuts their interest earnings. And unprofitable banks are hampered in making new loans to companies — a drag on the economy.

Rates near zero have in particular become a concern for banks in Europe, which are struggling with low profits overall and with lingering bad loans, especially in Italy. U.S. banks, by contrast, were pushed to clean up their finances early on after the global financial crisis and are in better shape.

Q: SO WHEN DOES THIS ALL END?

A: Interest rates were supposed to be slowly raised from record lows as economies started to recover. But that's not happening. Even in the U.S., where the economy is growing slowly but steadily, the Fed has been very cautious in raising its key rate, making only one quarter-point increase to 0.25-0.50 per cent.

Some economists say that weaknesses in the global economy may mean that the normal level of interest rates is lower than it used to be — and central banks have to take that into consideration. If they don't, they wind up setting rates that are higher than the economy can bear.

"Low long-run real rates do create problems, but they are not caused by central banks," Mr. Cecchetti said. "There is a sense in which central bank policies have followed real rates down. They have to, otherwise they're tightening without wanting to."

In other words, we could be in this low rate world for a while yet.

How to fix these broken markets
Subscriber content
August 10, 2016 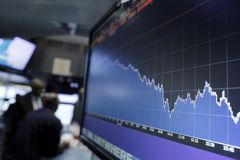 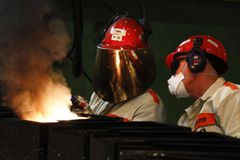 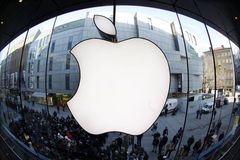