A while ago I bought the iShares U.S. High Dividend Equity Index ETF (CAD-Hedged) for my registered retirement savings plan. However, I was shocked when the ETF (XHD-T) fell precipitously at the start of 2018, and had another fall since. These moves have been out of step with the general markets. Can you explain what happened?

You are correct that XHD has underperformed the market. Through Feb. 28, it posted a total return – including dividends – of negative-4.89 per cent, according to the iShares Canada website.

That compares with a positive total return of 1.28 per cent for the iShares Core S&P 500 Index ETF (CAD-Hedged) and 1.83 per cent for S&P 500 Total Return Index. A few factors could explain XHD's sluggish performance. First, the fund focuses on dividend stocks, which have struggled as interest rates have jumped recently.

Second, it has high weightings in certain stocks, such as Exxon Mobil Corp. (8.5 per cent), AT&T Inc. (8.5 per cent), Verizon Communications Inc. (6.4 per cent) and Chevron Corp. (5.4 per cent), all of which have lagged the market in 2018. It's also possible that currency hedging – which is never perfect – may have exerted a drag on XHD's returns.

With the plethora of U.S. dividend ETFs available, you may be able to find a more suitable fund. In my model Yield Hog Dividend Growth Portfolio, for example, I hold the iShares Core Dividend Growth ETF (DGRO). Diversification is excellent – it has 456 holdings and the highest-weighted company (Microsoft Corp.) accounts for just 3.3 per cent of the fund.

The management expense ratio of 0.08 per cent – compared with 0.3 per cent for XHD – is also attractive. DGRO trades in U.S. dollars on the New York Stock Exchange, which means Canadian investors could face currency-related costs when buying and selling the fund, but there can be tax advantages to holding a U.S.-listed ETF in an RRSP, as I discussed in a recent column.

What is your opinion of making early withdrawals from an RRSP?

You might get some of this money back after your file your return, or you might owe more, depending on your particular tax situation. Third, when you make an RRSP withdrawal, the contribution room is not restored (unlike withdrawals from a tax-free savings account, which are added back to your contribution room on Jan. 1 of the following year).

There are, however, situations where an RRSP withdrawal may make sense. If you expect to have very low income in a particular year, say, because of a job loss or parental leave, that might be a time to consider an RRSP withdrawal because you'll pay less tax.

There are also two federal government programs – the Home Buyers' Plan and Lifelong Learning Plan – that allow tax-free RRSP withdrawals with the stipulation that the money must be gradually repaid to the RRSP over many years.

Do I have to buy at least 100 shares of a stock? Will a smaller order cause price volatility?

In the old days, investors usually had to buy shares in multiples of 100 – called board lots. But thanks to modern trading systems, you can purchase as many, or as few, shares as you desire. Indeed, for stocks such as Amazon.com, Priceline and Alphabet that trade for more than US$1,000, most people have no choice but to purchase fewer than 100 shares.

As long as you are buying liquid stocks that trade frequently – as most large companies do – you should be able to enter a "market order" for less than a board lot without moving the price.

Just remember that with a limit order there is also a risk that the stock won't hit your desired price and the order won't get filled. 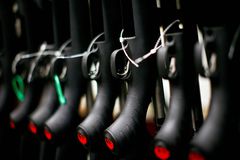 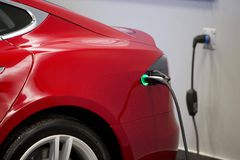