It's one of those investing axioms few people question: If interest rates rise, dividend stocks will tumble.

With bond yields climbing and the Bank of Canada potentially hiking interest rates next week, now is a good time to consider the consequences of higher rates. But as we'll see, the relationship between interest rates and dividend stocks isn't as simple as you might think.

Higher rates affect stocks in a couple of ways. First, they increase borrowing costs, which dents profitability. Second, they influence valuations: When yields on fixed-income investments rise, yields on dividend stocks must also rise to remain competitive. That means stock prices (which move in the opposite direction to yields) must fall.

But are higher rates always bad news for dividend stocks?

Robert Cable, an investment adviser and author of the 2015 book Inevitable Wealth, isn't so sure, based on the historical evidence. He examined 40 years of data from Ned Davis Research, which showed that during the past six cycles of rising interest rates, U.S. dividend-growing stocks actually outperformed non-dividend payers every time.

"It appears that the widely held perception that dividend-growth stocks perform poorly when interest rates rise is simply not true," Mr. Cable wrote. "Of course, these companies' stocks could very well weaken initially as investors become concerned about higher interest rates, but in the past, as Davis' research shows, that reaction has been short lived."

"The surprise is, over those seven years … these three stocks produced an average annual return of 16.8 per cent," Mr. Cable said. "Over the following five years, as rates tumbled, the same three stocks returned an average of 14.2 per cent."

Two years ago – on Jan. 13, 2016 – the yield on five-year Government of Canada bonds hit a record low of about 0.51 per cent. Since then, the Bank of Canada has raised rates twice and the five-year yield has shot up to about 2 per cent.

You'd think dividend stocks would have gotten clobbered. Nope. They soared. The iShares Canadian Select Dividend Index ETF (XDV), for instance, posted a total return of about 44 per cent over the past two years.

Granted, some dividend-paying stocks fared better than others. The banks averaged a return of nearly 60 per cent over that period, while utilities – one of the most interest-sensitive sectors – returned about half as much, as measured by the iShares S&P/TSX Capped Utilities Index ETF.

Higher rates are "a negative for utilities," said analyst Darryl McCoubrey of Veritas Investment Research. "Any stock that is non-cyclical is going to be punished [relative to cyclical stocks] as rates go up because they won't necessarily benefit from the corresponding positive economic outlook that is going along with those rates."

Still, the impact of higher rates on utilities may be temporary. Because regulators take into account interest rates when setting prices utilities can charge for gas and electricity, higher borrowing costs are eventually passed along to customers.

What can investors do to prepare for rising rates?

As always, diversification is critical. To balance the risk from interest-sensitive sectors, investors should also hold stocks that tend do well when rates rise. These include banks, life insurers, industrials and consumer discretionary stocks.

In my own portfolio, I supplement my utilities, pipelines, banks and other classic dividend sectors with diversified index exchange-traded funds. These ETFs provide exposure to lower-yielding, growth-oriented stocks that aren't typically part of a traditional dividend portfolio.

Even in sectors that are considered interest-sensitive, there are some attractive opportunities, analysts say.

"We expect [rising rates] will represent a headwind to power and energy infrastructure sector valuations, particularly in the case of the regulated utilities over 2018," Raymond James analysts David Quezada and Frederic Bastien said in a note on Friday.

"However, we would caution against painting all stocks in this universe with the same brush, as growth rates in the sector vary widely."

The analysts noted, for example, that over the past year, independent power producers exhibited a positive correlation with the 10-year Government of Canada bond yield – a marked departure from the historical negative correlation for this traditionally interest-sensitive sector.

Bottom line: Rising rates will put pressure on certain sectors, but there's no reason to fear a widespread selloff in dividend stocks. 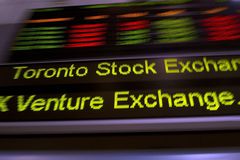 Why buying funds in December can be dangerous
December 1, 2017 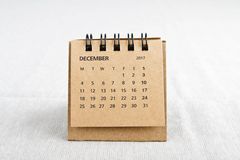