What do you think of preferred share exchange-traded funds? As a group, they have been hit hard. Some are yielding 5.5 per cent. Your thoughts?

True, preferred share ETFs have been hit hard. But no, they aren't actually yielding 5.5 per cent. That number is backward-looking. What matters is the expected future yield, and it will almost certainly be much lower.

Consider the iShares S&P/TSX Canadian Preferred Shares Index ETF (CPD). According to the iShares website, CPD's 12-month "trailing yield" is 5.56 per cent. The trailing yield is calculated by adding all of CPD's cash distributions over the previous 12 months, and dividing the sum by the current unit price.

But here's the problem: About two-thirds of CPD's $1.26-billion of assets consist of rate-reset preferreds, which pay a set dividend for an initial period, usually five years, after which the dividend is reset for another five years based on a spread over the five-year government of Canada bond yield.

With bond yields plunging to historic lows, many preferred dividends have been resetting at sharply lower levels recently, and more reductions are expected. That makes the trailing yield highly misleading.

To understand the mechanics of what's happening, let's look at an actual preferred share whose dividend is coming up for a reset. Warning: There's some math here, but I'll try to make it painless.

TransCanada's Cumulative Redeemable First Preferred Shares Series 5 (TRP.PR.C) were sold to investors in 2010 with an annual dividend of $1.10, for a yield of 4.4 per cent based on the $25 issue price. Under the reset provision, the dividend is to be adjusted at the end of 2015 to yield – again based on the $25 "par value" – 1.54 percentage points above the five-year Canada bond yield. (Alternatively, investors can choose a floating dividend that is reset every quarter based on the same spread over the 90-day Treasury Bill yield.)

Rate-reset preferreds were popular with investors who were looking for protection from rising interest rates, but we all know what happened next: Bond yields dropped like a stone.

Recently, the five-year Canada bond has been yielding about 0.75 per cent, down from about 2.8 per cent when TRP.PR.C was issued. Result: Assuming the five-year bond yield stays where it is, TRP.PR.C will have to reset its dividend such that, based on the share's $25 par value, it will yield 2.29 per cent (0.75 per cent plus the spread of 1.54 percentage points). That implies a dividend of 57.25 cents – a 48-per-cent haircut from the initial dividend of $1.10.

If you guessed that TRP.PR.C shares have taken a massive hit in anticipation of the dividend reduction, you would be right. The shares were trading on Friday morning at $13.20, down 47 per cent from their issue price. (It's important to distinguish between the yield for reset purposes, which is based on the share's $25 par value, and the preferred share's actual yield, which is based on its market price. Assuming a projected dividend of 57.25 cents, TRP.PR.C's actual yield following the reset – based on its current market price – would be about 4.3 per cent.)

TRP.PR.C is just one example. Many other rate-reset preferreds have already cut their dividends and – barring a sharp rebound in bond yields – others will follow. Preferred share funds have been hammered as a result: CPD is off about 17 per cent year-to-date and the BMO S&P/TSX Laddered Preferred Share Index ETF (ZPR) is down about 22 per cent, excluding dividends.

Both CPD and ZPR have also cut their distributions recently. ZPR trimmed its distribution by about 6 per cent in July, and CPD reduced its monthly payout by about 10 per cent in August. That may be just a taste of what's to come.

"We'll be seeing more cuts, almost certainly," preferred share specialist James Hymas, president of Hymas Investment Management, said in an interview. "Any mutual fund with a significant position in fixed resets will be cutting its dividend. You can take that as near a certainty as you ever get in this business."

If the trailing yields of preferred share ETFs are misleading, what sort of future yields can investors realistically expect? Assuming the five-year Canada bond yield stays well under 1 per cent, Mr. Hymas estimates that CPD's projected yield is 4.2 per cent. It could be higher or lower than that, depending on what happens to bond yields.

If there's a silver lining, it's this: Rate-reset preferreds have been beaten up so badly that they could produce some handsome returns if bond yields start heading back up, Mr. Hymas said. And he believes they will – eventually – given that the five-year yield is now below the inflation rate, meaning that government bond investors are losing money on a real basis.

"It is simply not sustainable for a five-year Canada to trade below inflation forever," he said. "That simply cannot go on." 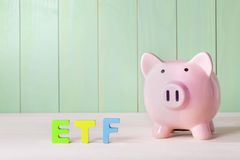 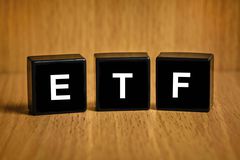