In my column two weeks ago, I presented a quiz based on quotes from Warren Buffett, Peter Lynch and other investing legends. You can find the quiz online.

As promised, today and next week I'll be exploring the meaning of these quotes in greater detail. They contain important lessons for do-it-yourself investors, not just billionaire money managers.

Let's start with quote No. 1, from Paul Samuelson, the late U.S. economist and Nobel Prize winner:

"Investing should be more like watching paint dry or watching grass grow. If you want excitement, take $800 and go to Las Vegas."

Many retail investors confuse gambling with investing – not surprising, given that the popular media often portray the stock market as a casino where fortunes are made and lost. The notion that ordinary people can patiently build wealth over many years by holding a basket of blue-chip companies or index funds, and ignoring the market's ups and downs, doesn't make great fodder for newspaper headlines or Hollywood screenplays.

But it is a proven strategy for achieving financial freedom. Yes, the process is boring; the long-term results are anything but.

This leads to quotes No. 3 and No. 5, both from Warren Buffett:

"Your goal as an investor should simply be to purchase, at a rational price, a part interest in an easily understandable business whose earnings are virtually certain to be materially higher five, 10 and 20 years from now."

"If you aren't willing to own a stock for 10 years, don't even think about owning it for 10 minutes."

I love these quotes, because they force me to think about the long term before I buy a security.

For example, I never bought Research In Motion (now BlackBerry Ltd.) because I had no idea whether the company would even be around in 10 years' time. However, I'm confident that companies such as Royal Bank, Enbridge, Procter & Gamble and Johnson & Johnson will not only survive for the next decade, but will be churning out higher earnings and dividends. So I'm happy to hold them, regardless of what their stock prices do in the meantime.

The temptation to trade can be overwhelming, especially when things go sour. That's where quote No. 6, from John D. Rockefeller, the billionaire U.S. industrialist and philanthropist, comes in:

"Do you know the only thing that gives me pleasure? It's to see my dividends coming in."

Admittedly, it's sad to think that Rockefeller had no other sources of pleasure in his life. But it's quite possible the quote was taken out of context, given that it was apparently spoken to a neighbour and then reported in a 1908 edition of Cosmopolitan.

Whatever the case, I agree with Rockefeller that receiving dividends is indeed pleasurable. It's even more pleasurable when those dividends grow every year, as they do with many blue-chip companies.

Rather than try to trade my way to wealth, I prefer to sit back and watch my dividends coming in. It keeps me from doing something I might regret – like selling a great company because it's having a temporary setback. Many investors (including yours truly) have fallen into this trap. As quote No. 7, from mutual fund pioneer Sir John Templeton, demonstrates, bad times are actually good times to invest:

Many investors get it backward. Mutual fund studies reveal that investors tend to sell near the bottom, when fear is highest, and buy near the top, when the mood is euphoric and stocks are overvalued. This results in subpar returns.

To get around this problem, Mr. Templeton used to keep a wish list of stocks and the prices at which he would buy them. He gave his broker standing orders to execute the buy orders if the price fell below his target, removing emotion from the process.

Bottom line: If you are convinced that a company has excellent long-term prospects, a selloff in the stock – after disappointing quarterly earnings or a broad market setback, for example – is no reason to panic. In fact, it can often be a good time to buy.

Next week, I'll explore the five remaining quotes from the quiz. 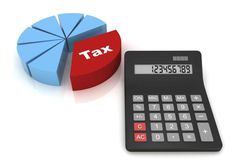 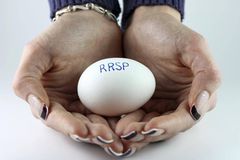 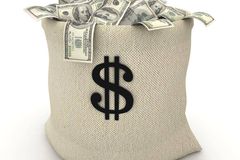 How to avoid the danger of hidden fund fees
February 7, 2014