I noticed that some of my exchange-traded funds distribute a portion of "return of capital." This sounds fishy to me. Am I just getting paid with my own money?

Many investors are suspicious when they receive return of capital, or ROC, and in some cases their concerns are warranted. However, ROC doesn't always indicate that you are simply getting your own money back.

ROC can be a tricky concept for investors to understand, so let's start with a simple definition: ROC represents the portion of a distribution that does not consist of dividends, interest or realized capital gains.

ROC – also referred to as a "cost base adjustment" – arises in a variety of situations.

Some mutual funds, for example, pay a fixed distribution. When that distribution is higher than the dividends, interest and realized capital gains generated by the fund, the difference is classified as ROC for tax purposes. ROC is not taxed immediately; rather, it is subtracted from the investor's adjusted cost base, which results in a larger capital gain – or smaller capital loss – when the fund units are eventually sold.

Isn't this the same as giving investors their own money back? Not necessarily. If a fund chronically distributes more cash than it generates in dividends, interest and realized capital gains (from securities it sells), the fund's unit value could well erode over time. This would indicate that investors are effectively getting their original capital returned to them.

However, if the fund also has sufficient unrealized capital gains (from appreciating securities that remain in the fund) to make up for the ROC being distributed to investors, the fund's unit value could remain steady or even rise over time. So ROC, in and of itself, isn't necessarily bad.

That said, if you own a mutual fund with a high distribution, it's important to determine to what extent ROC is being used to plump up the payout.

Real estate investment trusts also distribute ROC, but for a different reason. For accounting purposes, REITs depreciate their assets. This reduces net income, but because depreciation is a non-cash charge – and may overstate what the REIT spends to maintain its properties – the REIT's cash flow is usually higher than its net income. The difference is distributed to unitholders as ROC, even though it represents actual cash generated by the business.

Now back to the original question about ETFs. If an ETF holds underlying assets – such as REITs – that pay ROC, the ETF's distribution will also include ROC. For example, in 2014 the BMO Equal Weight REITs Index ETF (ZRE) distributed ROC of about 23 cents a unit, which accounted for nearly one-quarter of the ETF's total distributions that year.

Even if an ETF holds common stocks that don't themselves pay ROC, the ETF might still distribute ROC to unitholders. Why? This is where things get a bit more complex.

When new money is flowing into an ETF, additional units must be created to satisfy the demand. So the ETF provider (or its agent) goes out and buys all of the ETF's stocks in the same proportion as the existing units. It also allocates a portion of the new money as cash, again preserving the existing composition of the fund. Result: If the fund was weighted 99 per cent in stocks and 1 per cent in cash before, it has the same weighting after.

ROC comes into play when the ETF distributes that 1 per cent in cash, which includes a mix of both its "old" cash (from income that has accumulated in the fund) and "new" cash (from new investors). Returning to the original definition of ROC, the portion of the cash that came from new investors wasn't generated by dividends, interest or realized capital gains. So this amount must be classified as ROC, and all unitholders – whether they've been in the fund for 10 days or 10 years – will see it reflected on their tax slips.

Doesn't the new cash that's distributed to unitholders artificially inflate the ETF's yield? No. If you were a unitholder who had been invested in the fund for a while – long enough to have actually earned your 1-per-cent distribution – you won't receive anything more than what you already had coming to you in the form of dividends, interest and other income (less fund expenses). It's just that a small portion of that cash will now be classified as ROC.

With most ETFs that hold common stocks, ROC amounts are small. Canada's largest ETF, the iShares S&P/TSX 60 Index ETF (XIU), for example, distributed about 2.8 cents of ROC in 2014, representing about 5 per cent of its total distribution that year. Some iShares ETFs distributed higher amounts of ROC, while others paid virtually none. Generally, a fund that is bringing in a lot of new money will distribute a higher percentage of ROC to unitholders.

As with fixed-pay mutual funds, ETFs that pay a steady distribution might also use ROC to smooth out the lumpy income from the stocks and bonds in the portfolio.

ROC comes in many forms, and understanding what it means can make you a more informed investor. But in most cases, receiving a portion of ROC with your ETF distribution is no cause for worry.

Why you can’t trust the yields on preferred ETFs
September 4, 2015 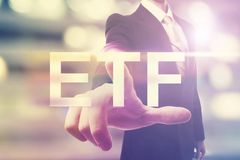 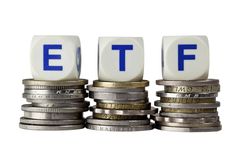 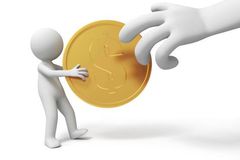