Talk about a good quality business.

Canadian banks are conservatively operated and funded; they operate in an oligopolistic environment; they understand what the franchise is in banking, namely retail banking; and they offer superior service.

For customers, switching banks is costly in terms of time, effort and money. They tend to have their paycheque deposited in a given bank, where they also hold their mortgage and through which they pay their utility bills, credit cards and so on, and so customers tend to be, to some extent, captive to their bank.

Banks also tend to regularly add features to make it more difficult for customers to switch; they offer favourable interest rates to those who have a lot of products with them and at the same time often charge a fee to move one's accounts to another bank.

In other words, banks that focus on retail banking in Canada have strong barriers to entry. It is much easier for customers to enter into a business relationship with a bank than discontinue dealing with the bank.

Which brings me to the weak penetration of fintech in Canada.

A recent study by Ernst & Young Global Ltd. (EY), reported in Investment Executive, indicates that Canadians are slow in adopting fintech, lagging the rest of the world in the use of financial technology. Only 18 per cent of those surveyed in Canada said they had used two or more fintech services in the previous six months compared with 33 per cent globally.

The goal of Canadian banks is to "enhance clients' overall experience and build long term relationships; while all banks make similar statements, the Canadian banks really mean it. Surveys do confirm this.

A 2016 survey conducted for the Canadian Bankers Association found that a) 90 per cent of Canadians believe that banks have done a good job in banking innovations, b) 95 per cent of respondents indicated that banking has become easier and more convenient over the years, c) 91 per cent of those surveyed agreed that banks have earned their trust in ensuring that technologies for banking are safe and secure, and d) 96 per cent of customers have complete trust in banks to keep their money safe.

Moreover, findings in the same survey showed that branch banking remains a critical part of banking in Canada with many banks extending their business hours, opening on Saturdays and Sundays and enhancing service and customer satisfaction.

And Canadian banks pulled through the financial crisis of 2008-09 unscathed.

Now contrast this with surveys of customers of European and Asian banks.

An EY survey in Europe found that a) 45 per cent of respondents said the financial crisis had a negative effect on their ability to trust the banking industry, b) the trust banks enjoy among their clients has significantly declined over time, c) the concept of primary banking is blurring in Europe, and d) 25 per cent of customers at some point changed their bank. Similarly, EY's survey in Asia-Pacific showed that customer loyalty at retail banks is diminishing in the region, despite the fact that the region fared well during the financial crisis.

In Canada, banks have focused on the need to build on their key strengths, which are brand, trust and community presence, and invest in superior customer satisfaction and experience. This has not been the case in most European and Asian countries.

So will fintech hurt Canadian banks? I do not think so, for one more reason that Canadian banks are developing their own fintech technology to keep away the barbarians at the gate.

As a result, the sell-off of Canadian bank stocks earlier this year that was caused by the fintech threat (and the risks posed by an overextended consumer and stratospheric housing prices in Toronto and Vancouver) was overdone and has given rise to a buying opportunity in recent weeks.

George Athanassakos is a professor of finance and holds the Ben Graham Chair in Value Investing at the Richard Ivey School of Business at the University of Western Ontario.

Despite recent gains, Canada lags in fintech adoption
July 25, 2017
As the world rushes to protect data, Toronto emerges as a cybersecurity hub
October 5, 2017 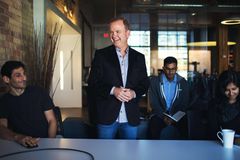 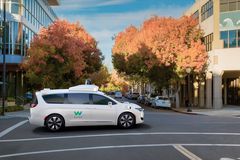