Investors seeking the largest exchange-traded fund in Canada for their portfolio know exactly where to look. The iShares S&P TSX 60 index, with just under $11-billion in assets under management at Sept. 30, is almost three times the size of its nearest competitors, the Canadian ETF Association reports.

Like the iShares S&P TSX 60 index, which traces its roots to the first ETF fund launched in Canada and the world back in 1990, many of the largest ETFs are based on key benchmark indices such as the S&P 500 or S&P/TSX Capped Composite Index, says Michael Cooke, senior vice-president and head of exchange-traded funds at Mackenzie Financial Corp. in Toronto.

"There is some disparity in terms of pricing, size and tradability amongst the largest ETFs using the same indices, but you're getting the same essential investment exposure across each of them," Mr. Cooke explains.

The largest ETFs include:

"These ETFs have gathered significant assets because they generally appeal to the largest audience, and represent the most popular benchmarks to individual and other investors," says Kevin Gopaul, head of ETFs at BMO Global Asset Management Inc. in Toronto.

The 10 largest ETFs have just under $36.1-billion in total assets, more than 26 per cent of the total Canadian market. And while experts caution that size isn't the only factor to consider when selecting an ETF, they say it does offer certain advantages.

"The smaller ETF may not be able to replicate its benchmark as efficiently as a larger ETF due to costs and ability to purchase enough of the index to emulate its performance," says Mr. Cooke.

Another plus is the potential for lower management fees. For example, notes Mr. Gopaul, BMO has been able to lower prices on several of its core ETFs due to the funds' size and scale.

A larger ETF can be the best starting place for many retail investors who are new to ETF investing and have a very simple outlook on what they want to do, because they are investing in a product that has already earned widespread confidence among investors because of its broad coverage and potentially lower expenses for buying and selling.

"Even sophisticated investors looking for liquidity and ease of trading will say, 'I want an ETF that I can be able to get in and out of easily,' and like the level of trading activity the larger ETF offers," says Mr. Gopaul.

He describes, for example, some of the advantages associated with BMO's largest proprietary ETFs, which are also in the top 10 nationally.

The BMO Aggregate Bond Index ETF is, Mr. Gopaul says, a well recognized bond benchmark in Canada, which investors are confident covers the broad spectrum of the bond market in Canada, including over the short, medium and long duration.

The seventh-ranked BMO Laddered Preferred Share Index ETF provides investors access to a broad basket of diversified securities within an asset class – preferred shares – that would otherwise be difficult for investors to trade efficiently. This includes access to critical liquidity and pricing information, says Mr. Gopaul.

"This ETF was one of the first in the marketplace. It offers preferred shares in a very liquid fashion. It has both liquidity and yield, and that's why investors have given it a lot of confidence in the market. That's why it's grown so large," he says.

The BMO MSCI EAFE Index ETF covers the European and Asian markets, and is one of the most widely recognized international benchmarks available. "It provides an easy access for investors to buy global securities with one ticket," Mr. Gopaul notes.

"As opposed to buying a new suit off the rack, you might want to have something that's customized and suited to your frame. The same mindset would apply with ETF selection," says Mr. Cooke.

The market continues to evolve with the proliferation of newer ETFs that don't compare in assets under management to dominant funds. But just because they are smaller doesn't mean they are inferior products. It just means they don't have the same length of operating history as some of the legacy products in the marketplace, he adds.

In fact, newer and smaller ETFs can be quite nimble. The innovation and expansion of ETF availability has provided investors with an opportunity to add more types of ETFs – for example, products with exposure to infrastructure or real estate – to their investment portfolio as they build and tailor it to accommodate needs, says Mr. Gopaul.

"Much of the recent innovation in the investment funds industry has been through ETFs," he contends.

Selecting a large ETF can be a good starting point to get coverage of a majority of the market capitalization in Canada, including the dominant financial services and energy/resource sectors.

"The investor can then further customize their exposure using a combination of other ETFs such as sectors, dividends, low volatility, value, etc. For example, health care only represents 0.6 per cent of the S&P/TSX Composite Index. An investor can add a health care sector ETF to diversify their returns," says Mr. Gopaul.

With about 600 ETFs available to choose from in the Canadian market "it's important to look beyond the largest 10 ETFs to build a well diversified portfolio," says Rohit Mehta, president of Toronto-based First Asset Capital Corp., a wholly owned subsidiary of CI Financial Corp.

What to look for when reviewing ETF fees
November 14, 2017 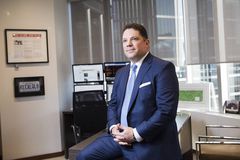 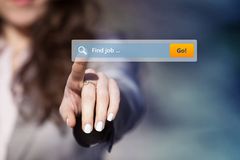 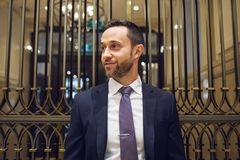 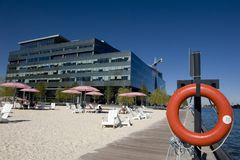 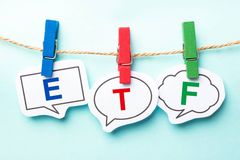