Popular U.S. fashion chain J. Crew Group Inc. has backed down in the face of a backlash from customers angry about higher prices at its newly opened Canadian store and website.

Starting on Thursday, it is reversing its decision to charge its e-commerce customers in Canada for duties, which raised the final price to as much as 50 per cent above those at its U.S. stores and on its U.S. website.

Still, J. Crew will continue to charge an average of about 15 per cent more in Canada than at its U.S. outlets and website. But to ease the e-pricing pain, it offers a flat $9.95 shipping fee.

New York-based J. Crew's about-face came after The Globe and Mail reported on Monday the reaction to the higher prices in Canada following the retailer's much-anticipated opening of its first store in this country – in Toronto's Yorkdale Mall – four days earlier. At the same time, it had launched a separate Canadian website with higher base prices as well as an added duty folded into the taxes.

The price increases sparked a quick and angry response from J. Crew's long-time customers, who were familiar with its prices from shopping through its U.S. website or stores.

"We have to deal with what we didn't do right," Mickey Drexler, chief executive officer of J. Crew, said in an interview late Wednesday. "We're fixing that now … If we didn't do anything about it – guaranteed, we would see a deterioration" in business.

As it was, J. Crew's sales in the first six days of operations in Canada weren't noticeably pinched by the controversy, he said. In fact, all the publicity about the pricing probably drew more people than otherwise to the store, he said.

"A lot of our loyal customers got hugely upset about it," Mr. Drexler said. "I would have, too. … If it happened to me personally, I'd feel the same way … The lesson I learned: We were doing a lot to get the store opened. I imagine we should have done it better. We didn't follow, perhaps, the details as well as we should have."

Nevertheless, J. Crew's decision to drop duty fees wasn't enough to appease all its infuriated customers. Suzanne Dugard, who returned $600 of clothes at the Toronto store this week after buying them on Thursday, was still disappointed about the higher base prices.

"We still end up paying more than before," said Ms. Dugard, 42, who spent thousands of dollars at J. Crew last year alone but has decided to no longer shop there because of the pricing. "Not all Canadian shoppers are going to swallow that."

Mr. Drexler countered that the 15-per-cent higher prices cover the increased cost of doing business in Canada, adding that other U.S. retailers charge a premium. "We are looking at what others do … The fact is, prices are higher in Canada than they are in America."

J. Crew officials said while duties vary, the online rate change will scale back prices by between 10 and 20 per cent – bringing them to virtually the same amount as in the U.S. Although base prices are about 15 per cent higher, J. Crew is absorbing the duties and has introduced a lower, $9.95 shipping rate, they said.

On Thursday, J. Crew is sending a message to its customers explaining the changes, refunding any duty paid on purchases since Aug. 18 and offering a $25 e-gift card.

"We have received many messages like yours in the past few days and appreciate that you took the time to reach out," the CEO says in the letter, signed "Mickey."

"We have taken these concerns very seriously. When we opened our first Canadian store in Toronto last week, we aligned our store, online and catalogue prices to be consistent. In the days following the launch of our updated website, we quickly realized that we could have done things better for our online shoppers. And now we are making it right," the letter says.

J. Crew isn't alone among retailers to feel consumers' wrath about Canadian prices that are higher than those in the U.S. Last spring, a study found that Canadians paid 20 per cent more than Americans, while two years earlier the spread was less than 7 per cent. And the higher differential this year came despite the value of the loonie soaring above the U.S. dollar.

The Canada-U.S. price gap reflects different dynamics in each of the markets. The U.S. retail landscape is hugely competitive, resulting in prices that are frequently lower than in the rest of the world, according to Douglas Porter, deputy chief economist at Bank of Montreal, which conducted last spring's price survey.

Diane Brisebois, president of the Retail Council of Canada, has estimated that North American and global producers charge Canadian retailers 12- to 25-per-cent more than they do U.S. merchants.

Canada provides fewer economies of scale, resulting in higher costs to distribute products, she has said. 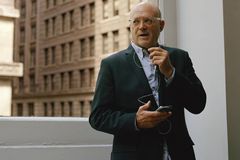