Dozens of Japanese politicians – including three relatively junior cabinet members – trooped to the Yasukuni Shrine for the country's war dead last Thursday to mark the anniversary of Japan's surrender to end the Second World War. Such visits always cause an uproar in China and other Asian countries that suffered mightily under brutal Japanese imperial rule because the Tokyo shrine includes the names of more than 1,000 people, including 14 wartime leaders, convicted of war crimes after hostilities ended.

Normally, such incidents are of only marginal interest to investors. Pilgrimages to the Tokyo shrine have been drawing the ire of Japan's neighbours since at least the mid-1980s. But this time was different. Analysts have been closely watching for any signs that conservative Prime Minister Shinzo Abe might be seeking to use his ruling coalition's rare majority in both the upper and lower houses of parliament to advance his nationalistic political agenda – which includes reasserting traditional values and rewriting the country's pacifist constitution.

In any event, Mr. Abe and other senior cabinet ministers stayed away from the controversial shrine. But the PM sent along a party aide with a ritual offering and did little to dispel concerns that he is more interested in pursuing his political aims than in tackling the complex and politically treacherous task of restructuring the economy.

So far, Mr. Abe has shot two of the arrows in his vaunted three-arrow strategy to reboot the economy, dubbed Abenomics: a huge dose of fiscal spending and hyper-aggressive quantitative easing designed to double the monetary base of the economy by next year. The main thrust of the plan is to instill confidence in Japanese consumers and businesses and put an end to years of crippling deflation.

The early returns have been favourable. A weaker yen has driven up profits of major exporters and fuelled outsized stock market gains. A Bank of Japan survey in early July showed that only 18 per cent of people thought the economy was in worse shape than a year earlier, down from 52 per cent when Mr. Abe swept to power in December.

But if the government doesn't pursue structural reforms – Mr. Abe's third arrow – with the same zeal that it has applied to monetary policy, it won't matter how much the Bank of Japan does or how much cash the politicians throw at new stimulus efforts. "It's not enough," says Sukyong Yang, a global equities specialist who has shied away from Japanese companies. "You can feed all the medicine you want, but if you're not dealing with the reason why you got the disease, you'll continue having it."

Ms. Yang, a portfolio manager with Cumberland Private Wealth Management in Toronto, is a stock picker who has no problem buying stocks of companies in battered economies, provided they have a dominant market share, strong, sustainable earnings and a focus on innovation. She has not been impressed by the Japanese cohort.

"The sense I had was that they didn't have a clear vision as to what they wanted to do. They were coming out of a crisis and they didn't say: 'These regions are where we want to become strong or we have X amount of R&D going into these products because we believe in them.' They also didn't say they needed to do a lot of cost-cutting and get rid of underperforming divisions, because they didn't want to rock the boat. … Which is why their [global] leadership has decreased. If they're not going to do it [take the lead in product innovation], there are a lot of other companies that can and will."

Not surprisingly, she considers the Japanese equity market overrated by analysts dazzled by the Abe effect. Risk-adjusted for the quality of companies and managements, "I would say the U.S. market is probably a better place to be."

If Mr. Abe is serious about ending two decades of despair, he and his economic brain trust will have to find ways to open large swaths of the economy to greater competition, more foreign investment and renewed capital spending while addressing such perennially thorny issues as an aging population, outmoded agricultural, tax and pension policies, health care reform and a lack of women in a shrinking labour force.

Even the government's strenuous efforts to combat deflation through monetary stimulus will come to naught without serious reform. "Japan needs demand-driven inflation, reflecting the effect of increasing wages, higher consumption and increased purchasing power," Ms. Yang warns. "Lack of rising incomes, low economic growth and an aging population mean a structural lack of demand and this is exacerbated by oversupply and excess capacity in many industries."

Real change will take many more years than Mr. Abe is ever going to get from the electorate, but he needs to at least get the reform train out of the station.

"I am sure they are absolutely aware of what needs to be done," Ms. Yang says. "But it is very difficult. For each person who says the reforms are going to work, there's someone who argues that they won't." 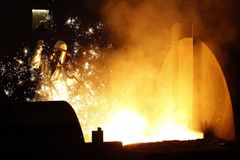