The IMF this week raised its forecast for 2010. What are these improving world growth prospects telling you?

First, let's focus on what is the central scenario ... positive but moderate growth for the developed world, and a much more pronounced rate of growth for emerging markets. We still subscribe to the view that emerging markets are likely to be the locomotive of global growth in 2010.

The central scenario is not bad, but the issue is, where are the risks to the central scenario? And the risks are largely skewed to the downside. One area of concern focuses on the outlook for consumption. And that, in turn, is linked to the health of the labour market, as well as the level of household indebtedness.

The second key area of risk has to do with policy, both monetary and fiscal policy. While the timing is uncertain, the direction is very clear. We know interest rates will eventually have to move higher, and that fiscal spending will have to be brought under control.

So how do you see 2010 playing out for financial markets?

One of the positive factors supporting equity markets is liquidity. Is liquidity likely to remain supportive for the time being? The answer is largely yes, because we expect central banks to maintain fairly accommodative monetary policy. Low interest rates mean there is an incentive to put capital to work. That's in general positive for risky assets, and, so, for equities.

Turning to the other factors that drove the strong performance for risky assets and equities in 2009 - the macroeconomic picture, valuations and the outlook for corporate profits - there the support is less clear-cut. In terms of the central [macroeconomic]scenario, it's an okay one for equity markets, because you have positive growth. But the problem is, your risks are to the downside.

In terms of the valuation component, if you take the MSCI World index for example, it's trading on a [price-to-earnings ratio]of about 14 - that's not at all extreme, but they're not at the same bargain levels that we saw in the fourth quarter of 2008 or the first quarter of 2009.

The final consideration is about corporate profits. If we look at forecast for earnings growth in 2009, what was striking was that those forecasts were some of the most bearish that we had on record. This year, the situation is pretty much the exact opposite. The expectation is for earnings growth of 25-26 per cent for 2010 for the MSCI World.

As with a lot of things with life, the higher you set the bar, the more likely it is that you'll see disappointment. If we look at 2009, one of the factors that did support the market were these positive earnings surprises. ... The risk we are facing in 2010 is one of negative surprises, even though the actual numbers may be significantly better than what we had seen the previous year.

In developed markets, which do you prefer in 2010: North America or Europe?

We're pretty neutral in that respect. When we look at the developed world, the key theme we are focusing on now is a sectoral one. Specifically, it's a preference for defensive sectors relative to the more cyclical ones. By defensive, we mean health care, utilities, telecommunications services.

And in emerging markets: Latin America or Asia?

The second consideration is about economic fundamentals. Emerging Asia is expected to grow at a faster pace than Latin America, but what we see in Latin America - and especially Brazil - is more potential for upside surprises on growth.

The third consideration is Asia itself. Its strong growth is a key driver for commodity demand. And Latin American economies and equity markets are very strongly exposed to the commodity cycle. So Latin America, interestingly enough, becomes a way of playing the strong economic growth in Asia.

We make an important distinction between credit [corporate bonds]and government debt. The preference for us remains for credit, both investment-grade and high-yield. So the call becomes more of a credit-versus-equity - and our preference stays with credit.

The valuations are not at the bargain levels that we saw a year ago. ... But with high-yield spreads ranging somewhere between 600 and 800 basis points , it's still a very attractive spread level. 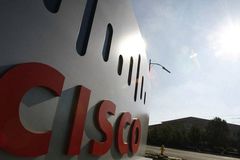 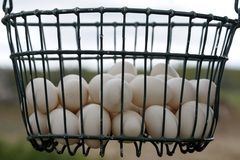 Got a question on investing strategy or commodities?
January 26, 2010 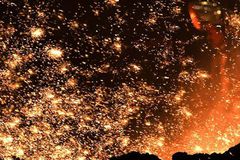