The liquidation of Aveos Fleet Performance Inc. is winding down and a revitalized operation will begin to rev up soon, now that a Quebec court has approved the sale of the last large segment of the insolvent aircraft maintenance company.

Justice Mark Schrager of Quebec Superior Court ruled Friday that a subsidiary of Lockheed Martin can buy a part of the engine maintenance, repair and overhaul business.

Kelly Aviation Center, based in San Antonio, Tex., plans to restart operations in Montreal beginning in April and expects to hire about 100 workers by year-end.

About 10 managers are expected to be hired in the coming days to launch a three-month start-up for the operations, which includes calibrating machines, upgrading the building, hiring and training employees, contacting customers and developing new business.

"We're thrilled … we're very excited for the opportunity in Montreal and how that will help the Kelly capabilities and offerings to our customers," vice-president Amy Gowder said in an interview from Texas.

"In total we think there will be about 50 required, including management to start up," she said.

"We want to grow in a phased approach – by 100 to the end of the year – and as our business development and customer contacts are successful we could double that in 2014."

The hiring process will be announced after a meeting of company and union representatives.

The employees will be represented by the International Association of Machinists and Aerospace Workers, which has negotiated a new collective agreement for the Kelly Aviation Centre Montreal employees.

Ms. Gowder has said salaries and wages will be similar to what Aveos workers previously earned.

Union general chairman Fred Hospes said the sale means some Aveos workers will get their jobs back.

"This is great news for our members, the province of Quebec and the aviation industry in Canada because we retain this vital component in Canada and the jobs that go with it," he stated earlier this week.

None of the court-appointed officers who have overseen the nearly 10-month liquidation would comment Friday about the latest sale or the efforts to conclude the process.

But chief restructuring officer Jonathan Solursh wrote in a report that "Lockheed Martin Canada, as the buyer, delivers a material benefit by rehiring a significant number of former Aveos employees, who are a significant stakeholder in these proceedings."

The U.S. defence and aerospace giant has purchased equipment and Aveos's building at the airport for an undisclosed price.

Lockheed initially agreed to spend about $5-million to purchase some of the tooling and equipment being auctioned by Maynards. Ultimately, it agreed to add more materials to raise the purchase price "substantially in excess" of Maynards' net minimum guarantee.

"We bought the original tranche of tooling because we didn't know if we were going to stay in Canada or bring tooling back to San Antonio (but) the business was favourable for staying in Canada and we felt that the Canadian expertise of the work force was more valuable than bringing just a small subset down to San Antonio," Ms. Gowder added.

Lockheed Martin initially considered leasing the Montreal building but ultimately chose to purchase it. Air Canada sold the building to a subsidiary that ultimately became Aveos in 2007 for $28.7-million. Ms. Gowder wouldn't say how much Lockheed paid for the building but said it was fair market value based on an outside real estate assessment.

The CF34 and CFM56 engine lines in Montreal will join eight engine types worked on in Texas.

Kelly won't initially service Air Canada engines in Montreal because the airline recently awarded a six-year contract for the CFM35-6 engine. But Ms. Gowder said Kelly will position itself to win the business when the contract comes up for renewal.

The agreement follows the sale of Aveos's components operations and another part of the company's engine repair business to Lufthansa Technik. However, no buyer has been found for the airframe operations that accounted for most of Aveos's 2,600 employees, who lost their jobs when the company closed last year.

Secured creditors received $12.5-million (U.S.) in October as part of an initial payment from the proceeds of asset sales on the $205-million they are owed. An additional amount is expected to be approved next month. 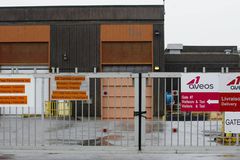 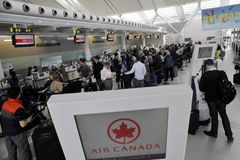