There's a big name missing from the list of minority shareholders of MI that support an agreement ending their long battle with Frank Stronach.

Greenlight Capital Inc., a New York hedge fund whose president once compared Mr. Stronach to Cuban dictator Fidel Castro, has not signed the support agreement for the deal, which involves MI giving its racetrack and gambling assets to the chairman and current chief executive officer in return for him giving up control of the company.

David Einhorn, Greenlight's president, declined to comment on the hedge fund's view of the deal.

But several shareholders involved in a lawsuit that was filed against Mr. Stronach and MI's officers and directors are joining Mackenzie in supporting the deal, according to documents filed with U.S. regulatory authorities.

Among those are San Francisco-based Farallon Capital Management LLC; Boston-based North Run Capital LP; and Owl Creek Asset Management LP of New York. The support agreement requires the shareholders to vote in favour of the deal.

Greenlight is not involved in the lawsuit.

If a majority of MI's minority shareholders approve the deal, Mr. Stronach will pick up two racetracks in each of California and Maryland, another in Oregon, and Gulfstream Park in Florida, which serves as his vision of the future of horse racing. Mr. Stronach plans to turn racetracks into destinations with activities other than racing, such as high-end stores, entertainment venues, and slot and other gambling facilities.

But several of the assets Mr. Stronach is picking up as part of the deal are worth less than Magna International Inc., Magna Entertainment Corp. - which tumbled into Chapter 11 bankruptcy protection in 2009 - or MI originally paid for them, another document filed with securities regulators shows.

Mr. Stronach founded Magna in 1957 and remains chairman, although he gave up control of the auto parts giant last year in a controversial $860-million (U.S.) deal. He was chairman and chief executive officer of Magna Entertainment, which was controlled by MI.

The two tracks in Maryland, Pimlico and Laurel Park, along with a horse training centre in Bowie, Md., are among the assets whose value has fallen most dramatically, according to an evaluation of the properties done when MI took them over from Magna Entertainment last year.

Magna Entertainment paid $84.9-million for the assets in 2002. They were worth $33-million last year, according to the evaluation.

Golden Gate Fields, which overlooks San Francisco Bay in California, was purchased for $87-million in 1999, but its value had slumped to $65.2-million by last year.

Santa Anita Park near Los Angeles, which was purchased in 1998 for $126-million by Magna International, was Mr. Stronach's first foray into racetrack ownership.

The value of Santa Anita rose to $166-million last year, but real estate firm CB Richard Ellis Inc. noted in its evaluation that it is not profitable and generates negative cash flow.

"Based on the assumption that the going concern value is no longer viable, highest and best use for the racetrack component would be to close the racetrack and begin the approval process allowing redevelopment … .," the real estate company said.

But a planned high-end retail complex on the site, similar to a development Magna Entertainment built at Gulfstream, has been tied up in litigation and government approval battles for more than a decade, CB Richard Ellis said. Behold the awesomeness of Einhorn
May 3, 2018 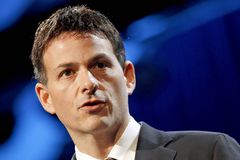 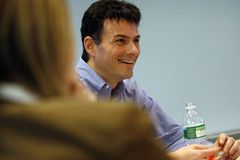 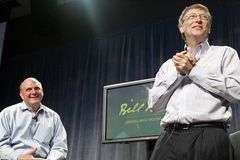