Though commodities are notoriously cyclical, a turnaround in the sector last year prompted investors to pay attention.

Factors such as the Trump effect, signs of improvement in the Chinese economy and firming oil prices caused the sector, which includes oil, gold and base metals, to rally last year.

"It is one of the most shocking turnarounds," says Hans Albrecht, vice-president, portfolio manager and options strategist at Horizons ETFs Management (Canada) Inc.

The strategist says the rally in commodities that began last year owed its origins to "more upbeat views on China, and pretty good improving numbers from the U.S., but also Europe."

"We went from multidecade lows in some commodities," he says, to liftoff from those lows at the start of 2016, which resulted in commodities enjoying one of their best annual returns in many years.

Still, the sector has encountered bumps this year and investors are urged to be cautious.

Mr. Albrecht describes the investment climate as still "bullish" for commodities. "The fact that commodities have been very stable is bullish in itself," he says. Some of that stability, he adds, comes from oversupply abating in some sectors as producers pare back supply by voluntary cuts, closing of non-economic mines and wells or through mergers, acquisitions and financial failure.

For those looking to invest in commodities, here are a few areas with potential upside.

The Horizon's executive likes the agricultural area, which he says is coming off a "tough" year and can be pursued by investing in an agricultural exchange-traded fund (ETF) as well as investing in "international plays," such as emerging markets, that would benefit from improving commodity prices.

Supply and demand fundamentals do not always dictate the direction of commodity prices, particularly when it comes to gold, which is prized not just for its beauty but as a store of wealth, an inflation hedge and as a stock-market counterweight.

"Gold is all about a fear index and inflation sensitivity," explains Mark Raes, head of product at BMO Global Asset Management Canada based in Toronto. He notes that gold "has been on a good run" and could rise in an environment of political unrest or renewed inflation.

As for playing commodities such as gold, ETFs "greatly enhance" investors' ability to take part in cycles, are very liquid and low-cost, says Mr. Raes. "ETFs have really helped to democratize some of that commodity based investing."

With Canadian equity markets comprised of 21 per cent energy and 12 per cent materials, ETFs can also be used to do equity-based commodity investing by buying into Canadian markets generally.

"Also think about small-cap ETFs," adds the BMO executive. "We have got small-cap gold, small-cap oil, small-cap natural gas. Because they are small-cap companies, you get the natural operating leverage. You get a higher swing if the underlying commodity starts to move," compared with large-cap rivals.

Though base metals can be sensitive to news about China's economy, one stands out for its potential: zinc. The world's fourth most-used metal has enjoyed rising prices due mainly to mine closures.

Zinc has the "strongest fundamentals" for price appreciation, notes Rory Johnston, commodities economist with Scotiabank Economics in Toronto. Falling zinc production "really tightened up the market and pushed zinc prices up considerably through last year and that has really continued through this year," he says. "Nickel is similar, it got a little bit of a boost" over supply concerns along with copper. "Each of those were [tight] supply stories that kind of propelled each of those metals up." (Though supply now looks like it is easing for nickel.)

Oil, too, had its supply crunch price boost this year when the OPEC cartel announced it would trim production in a bid to boost crude prices, the Scotiabank economist observed. It gained strength after producers Saudi Arabia and Russia said today that supply cuts needed to be extended into 2018.

Over the short-term, supply or lack thereof appears to be the dominant theme.

"All of these commodities, just assume moderate demand growth and all of the focus right now is charting the commodity-specific demand story. How fast is the United States going to come back on the shale patch, will OPEC hold together? Things like that."

Not everyone is convinced the recent commodity bounce will last, however.

"The big issue in Canada is that Canadians are over-invested in Canada; that is the famous home bias. Canadians in particular have kind of fallen in love with energy stocks," says Tyler Mordy, president and chief investment officer of Forstrong Global Asset Management Inc., who sees commodities in a "lower for longer" phase with no bull market on the horizon.

His firm's slow commodity forecast calls for investors to instead focus on commodity importers, such as India, which will benefit from lower, steady prices.

"This is all in the context of diversification. If you are over-invested and have a concentration issue in Canada, then we are counselling clients to at least incorporate some global into your portfolio." 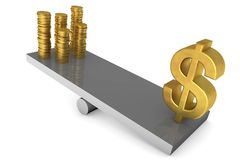 Leveraged and inverse ETFs: Handle with care
February 8, 2017
Does Brexit offer an investing upside?
April 26, 2017
Follow us on Twitter @globeandmail Opens in a new window
Report an error Editorial code of conduct
Due to technical reasons, we have temporarily removed commenting from our articles. We hope to have this fixed soon. Thank you for your patience. If you are looking to give feedback on our new site, please send it along to feedback@globeandmail.com. If you want to write a letter to the editor, please forward to letters@globeandmail.com.
Comments