In an anniversary assault, major retailers are marking big birthdays this year while finding new reasons to trumpet their stores in advance of the next foreign invasion.

Ranging from Holt Renfrew & Co. Ltd. to Sears Canada Inc., Shoppers Drug Mart Corp. and Canadian Tire Corp. Ltd., merchants are touting their Canadian roots even though some of them aren't domestically owned.

They're betting that their history in Canada will help stand them in good stead in the face of looming out-of-country competition. The anniversary blitz underscores the urgency among retailers to find a way to differentiate themselves and their Canadian identity as they brace for a tougher merchandising landscape and new foreign rivals.

Next spring, U.S. cheap-chic discounter Target Corp. will start to open its first 125 to 135 stores here, while upscale rival Nordstrom Inc. will set up shop in some former Sears outlets beginning in 2014.

Even U.S.-based Wal-Mart Stores Inc., whose entry into Canada 18 years ago was a cataclysmic event for incumbents, invoked its annual anniversary sale celebration last month, something of a shield against a pending new foreign player.

"You want to break up the standard message of flyers every week and an anniversary lets you create something that's unique," said Calvin McDonald, chief executive officer at Sears Canada, which is controlled by a U.S. parent. "I'd do it if Target were coming or not."

The risk, nevertheless, is that as more merchants play up the anniversary theme, they start to strike a familiar chord and lose their edge. But the marketing strategy can also draw attention to their brand, which is critical in an ever crowded field.

They're preparing for an inevitable Target hit. About 60 per cent of Canadian consumers will "definitely" or "probably" shop at Target when it comes to Canada, according to a new survey by consultancy Solutions Research Group. "We thought these are really big numbers for a retailer that hasn't opened a store here yet," said president Kaan Yigit.

In the fast-changing retail landscape, marketing experts warn that the anniversary message may get lost in the stampede.

"People do get desensitized to the same message. People get cynical," said Gurprit Kindra, strategic marketing professor at the University of Ottawa's Telfer School of Management. "Everybody seems to be doing it."

Even so, the birthday bash capitalizes on the heritage of retailers such as Canadian Tire, and sets them apart from foreign players, including Target, he said.

But the marketing, which plays on consumers heart strings, is not without surprises. Sears, for example, is celebrating a 60th anniversary of its iconic holiday Wish Book catalogue although it's 59 years old in Canada.

In late August, Mr. McDonald personally handed out the Wish Book to 10 residents in London, Ont., his hometown where he had his first job at age 14 delivering the catalogue.

"We think it's great that we're Canadian, we're proud of it," he said. "But we recognize we have to earn it beyond just being Canadian."

Some retailers started developing their anniversary pitches well in advance of Target finalizing its Canadian plans. Canadian Tire decided a few years ago to home in on its 90th anniversary with a book on the history of the retailer. To be published later this year and written by author Daniel Stoffman, it is entitled: Living the Canadian Dream: How Canadian Tire became Canada's store." Last month, the chain picked up on the theme in its new marketing slogan – "Canada's store."

"We believe that our ability to focus just on the Canadian market and continue to use that essence of who we've been will be a huge competitive advantage," said Allan MacDonald, senior vice-president of marketing at Canadian Tire.

U.S. retailers also are trying to cash in on birthday bashes, including Wal-Mart and Target, which are both celebrating their 50th this year. Still, Americans respond better to patriotic pitches than Canadians, Prof. Kindra said. Added Mr. MacDonald at Canadian Tire: "We unequivocally do not take for granted customers' loyalty simply because we're Canadian."

What high-end retailers are really selling – and whether we're buying it
October 6, 2012 How Canada's retailers discounted the rise of the dollar store
October 8, 2012 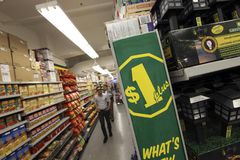 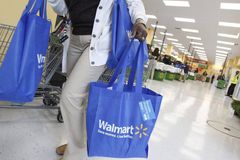