The rock-bottom interest rate environment that has lingered in the wake of the financial crisis is inflicting serious pain on Canada's life insurers, pain that is heightened by Canadian accounting rules.

In essence, Canada's accounting principles assume that the current pattern of interest rates continues in the future. Insurers use interest rates to figure out the present value of their future cash flows and obligations.

Lower interest rates mean that insurers must assume that they'll earn less on their investments in the period until they pay out policies. To compensate, they must put more money aside now.

Interest rates softened during the second quarter, which ran until the end of June. Both treasury and corporate bond rates declined, with long-term government rates in Canada and the United States falling by between 42 and 89 basis points. The steepest declines occurred in the U.S., where Manulife is most exposed to rates.

As a result, Manulife took a $1.5-billion charge against its earnings this quarter, and Sun Life's profits dropped by $99-million.

Manulife's earnings are more sensitive to interest rates than the earnings of other Canadian insurers because it has sold more long-term guaranteed products. It's also higher than that of most U.S. life insurers, because of the size of its business in addition to the different accounting regimes.

Under U.S. accounting rules, Manulife would have reported a small profit during the quarter, and it says slightly more than half of the $2.5-billion difference relates to the different rules for interest rate assumptions.

"It is a very substantial difference," Manulife CEO Don Guloien told analysts on a conference call yesterday. He added that under U.S. accounting rules the company's shareholders' equity would be about $7-billion higher.

Short-term rates have fallen because central banks are flooding the money supply to kick-start the economy.

Don Stewart, the CEO of Sun Life Financial Inc., said it's not only insurers that are being affected, but any Canadian institution that makes long-term financial promises, such as pensions and health care benefits.

"It's often overlooked that low rates of interest in the long term show up in many balance sheets, not just in the financial sector," he said.

"Because of the size of existing pension promises, it shows up in government balance sheets. So the advantages of low rates at the short end [of the interest rate curve]of stimulating the economy are offset to the extent that they carry forward into the long end, because all long-term promises become considerably - and in some cases enormously - more expensive."

Many long-term guaranteed products that insurers offer, such as variable annuities, are becoming so costly that a number of industry players are allowing their sales of such products to shrivel by boosting prices and decreasing the benefits.

Mr. Guloien is hopeful that rate increases in the future will allow Manulife to reverse much of the loss it has taken due to rates, sending it back through the company's profits.

But there is a growing fear among some market participants that the massive amount of deleveraging that's taking place in Europe and North America will lead to deflation, and that policy makers will be forced to keep interest rates exceptionally low for a long period of time in order to support the economy and spur consumers and companies to spend. Such a scenario could be torture for some insurers.

Toronto-based property and casualty insurance conglomerate Fairfax is one of the pessimists that thinks deflation is on the horizon. "Unlike many who are focused primarily on inflationary forces, we believe on balance deflation is more likely and could be quite serious like we have seen over the last 20 years in Japan," said Fairfax spokesman Paul Rivett. Fairfax has bought 10-year inflation-linked derivatives, spending about $180-million for potential notional protection exceeding $20-billion, to fortify itself against and potentially profit from such a scenario, Mr. Rivett said.

"I think it is way too trite to try to project Japan, which is a whole set of policy decisions, frankly demographics and attitudes that are quite unique to Japan, that caused that phenomenon," he said. "It theoretically could apply here, but I think it's unlikely."

The good news, he said, is that Canadian accounting rules mean that any pain from current interest rates is already fully priced in. "If interest rates should stay the same, there would be no more material hit," he said. 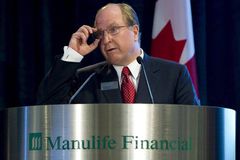 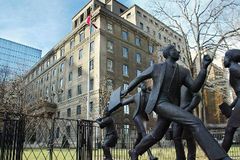 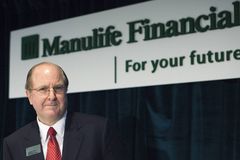