Corporate takeovers in the metals industry are set to increase this year as companies scramble to fight rising costs and ensure access to key materials from iron ore to rare-earth minerals.

The value of mergers and acquisitions in the sector is on course to rise 23 per cent this year to about $83-billion (U.S.), according to a report by PricewaterhouseCoopers LLP.

The number of transactions is running near a record high, averaging more than two deals per business day in 2011.

Vale sold bauxite mines and other aluminum assets in Brazil to Norsk Hydro for $4.9-billon and became the Norwegian's company's second-biggest shareholder. That deal, the most-expensive metals transaction completed in 2011, allowed Norsk Hydro to expand its aluminum operations.

Separate groups of steel-makers in China, Japan and manufacturers in Germany are also teaming up to ensure access to iron ore and other critical raw materials.

"Security of supply, that's the overarching theme," Jim Forbes, the global metals team leader for PwC, said in an interview.

Manufacturers of electronics and other products that depend on rare-earth metals are getting jittery about the risk of shrinking exports from China, the world's top producer of the minerals.

"The search to secure raw materials supply is a now a well-established M&A trend," PwC said.

"The main focus has been on iron ore but, increasingly, the rare-earth minerals that are used in a range of high technology applications are part of the story."

Slowing economic growth in the U.S. or China, a major steel consumer, could dampen the global appetite for takeovers, the report said. On the other hand, an escalation of Europe's financial crisis could put a strain on companies and possibly "accelerate long-awaited consolidation of the sector in Europe."

Natural disasters, such as last year's earthquake in Japan and flooding in Thailand, are further increasing concern by companies about "supply-chain fragility," PwC said.

Chinese and Indian steel-makers are considering mergers and acquisitions abroad to overcome shortages in their domestic supplies of coal, both as a source of energy and as an ingredient in steel-making, the report said.

The biggest takeover announced in the metals industry in 2011 was the result of intensifying competition and higher costs pushing companies together within the same country and industry. Nippon Steel Corp. and Sumitomo Metal Industries Ltd. of Japan agreed to their $9.5-billion combination in September.

Mr. Forbes said it was only a matter of time before a major steel transaction would follow the 2006 combination of Europe's Arcelor and India's Mittal into ArcelorMittal, the world's No. 1 steel-maker.

Canada may yet retain its place as the home of the priciest acquisition in the history of the global metals and mining industries, despite a challenge under way.

But Glencore's share price has fallen since then and the pound-to-dollar exchange rate has moved, cutting the value of the transaction to $35-billion as of Monday's close of trading. Depending on how prices shift until the end of the offer, Rio Tinto-Alcan could remain No. 1.

Even if Glencore-Xstrata ends up beating Rio Tinto-Alcan when the offer closes, Canada will retain its top spot in metals and mining takeovers, outside steel-making, from another point of view. Of about $1.1-trillion in mergers and acquisitions in the sector tracked by Bloomberg this millennium, Canadian companies have been both the most acquisitive and the most acquired. 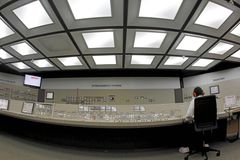 A cautionary tale for the mining industry
March 6, 2012 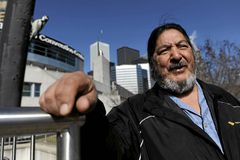 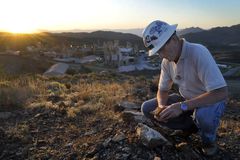 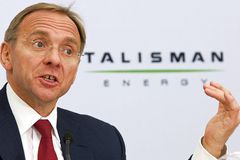