Methanex Corp., once considered a sleepy chemical company, is waking up investors with a surge to a record high share price this week.

Analysts are predicting the stock has more room to run as rising demand for the company's key product drives up the price of the commodity.

Methanex is the world's largest producer and distributor of methanol, a colourless liquid that has long been used as an ingredient in paints and plastics. Methanol is now finding increasing use in energy-related applications, especially as a fuel additive, which is opening up new markets for the Vancouver-based company.

Methanex produces one of the few products that profits from both lower natural gas prices and higher oil prices.

At the same time, methanol prices move alongside the price of oil. As oil prices rise, as they have in recent months, more users turn to methanol as an alternative to gasoline or as an additive in blended fuels. Blending methanol with gasoline helps to reduce the cost of transportation fuels.

Methanol is "finding its way into competing with high oil through many different avenues, and that's driving demand for the product," Methanex chief executive officer John Floren said in an interview on Tuesday.

Roughly two-thirds of the global appetite for methanol comes from its use in industrial products, with the rest stemming from energy-related applications such as blended fuels.

Methanol producers face potential oversupply as new production comes on the market in the coming years, but most analysts are bullish on the sector.

Many believe methanol demand, forecast to grow by three million tonnes per year until 2016, will outpace supply. Global methanol production is currently about 54 million tonnes.

Among the seven analysts surveyed by First Call Corp., five had "buy" or similar recommendations on Methanex, while one had a "hold" rating and the other "underperform."

Methanex shares hit a record $52.73 on the Toronto Stock Exchange on Monday and $51.21 (U.S.) on the Nasdaq, following a string of recent analyst upgrades. The share price has nearly doubled over the past year.

BMO Nesbitt Burns analyst Alexandra Syrnyk earlier this week raised her target to $57.50 from $51 and reiterated her "outperform" rating, citing higher methanol prices. North American contract prices are about $530 a tonne today, up from about $450 a year ago. In Asia, prices have risen about $20 in the past few weeks to $470.

"Pricing momentum going into the fall was stronger than expected," said Ms. Syrnyk.

Chris McDougall of Westlake Securities has a "hold" on the stock with a $48 target price.

While Mr. McDougall likes the stock's long-term potential, he's concerned about the possibility of a global economic slowdown centred in China, the world's largest market for methanol. He also points to the political unrest in Egypt, which is home to one of Methanex's plants.

"We haven't seen those risks materialize yet, but it doesn't mean they aren't there," Mr. McDougall said.

Methanex's lack of diversification is also a risk, said Barry Schwartz, vice-president at Baskin Financial Services Inc., a long-time holder of the stock. "With cyclical companies you have to be cautious. I wouldn't be aggressively buying it. Wait for a pullback."

Still, Mr. Schwartz believes the company has a strong management team, and applauds its recent decision to move a methanol plant from Chile to Louisiana to take advantage of North America's huge supply of cheap natural gas.

Methanex has also kept investors happy with a share buyback program and steady dividend, which today yields about 1.5 per cent. 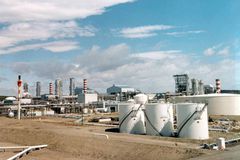 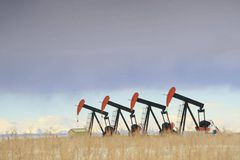 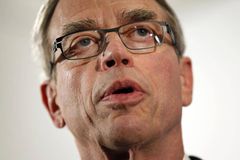