Helen Dow has the kind of relationship with her 18-year-old daughter that a lot of parents would covet. The two travel, work out and take knitting classes together. Nothing is off the table when it comes to topics of conversation. The Edmonton single mom just wishes that her only child would take her advice about starting to put money away for her later years right now.

"I really want her to be thinking about saving for her future, even though that's the last thing on her mind," says Ms. Dow, a retail manager. "I don't want her to be worried like I am about having enough money for retirement."

Ms. Dow has contributed to RRSPs over the years but admits it's unlikely she'll be able stop working full time at 65. Her daughter, meanwhile, who graduated from high school in June, is taking a year off to work as a restaurant server. She's not concerned about saving for retirement given that she hasn't even decided on a career yet.

Different life stages call for different strategies when it comes to financial planning. While retiring doesn't register on most young people's minds, for people like Ms. Dow, who are in their 50s, thinking about retirement can be equal parts exciting and scary.

Although people deal with common themes such as money management regardless of age, older Canadians and their kids benefit from mapping things out, financial experts say.

Retirement and investment planner George Christison of IFM Planning Services says it's especially important for people inching closer to retirement to find what he calls the starting line and identify a finish line, or retirement date.

The starting line is your current financial situation.

"People like Helen should first try to create an accurate snapshot of their current income, expenses and net worth," says Mr. Christison, who is based in Lantzville, B.C. "Using actual numbers is important – no guessing or estimating."

From there, people need to have a good idea of what they want to do in retirement and what their lifestyle will be like.

"Once you have a clear picture of your current and future income, expenses and net worth, you can begin to identify your financial surpluses and shortfalls," Mr. Christison says. "You can then create an action plan for debt elimination, saving and investing."

A financial plan should also include annual milestones to measure progress and make adjustments if necessary. Having this kind of road map is useful for young people, too.

Long before they reach retirement, they are focused on more immediate goals such as getting an education, travelling, buying a car, starting a family, buying a house. However, unexpected life events such as career delays, divorce or job loss can impact the best laid plans, which is why taking the long view to finances is so important.

"My advice for young people, including my three sons, is to dream big and create and define important goals, then set to paper the goals they want to achieve – personal, professional and financial," Mr. Christison says. "Then they should break their planning into three or four distinct phases, say in 10- or 15-year chunks.

The priority for Ms. Dow's daughter "should be to acquire the skills and knowledge that will help her to achieve her goals and push through the unexpected events life will throw her way."

To do that, Mr. Christison suggests learning how to save. That means treating it as an expense, just like rent and phone bills, something that has to be put aside monthly. "They should try to set their savings 'expense' to 10 per cent of their before-tax income," he says.

He also suggests young people understand the relationship between time and money, and learn about stock markets before buying their first investment.

Secondary-school graduates have a distinct advantage over their parents when it comes to saving early for retirement: compound interest. Even in an era of low interest rates, it will work in their favour.

David Baskin, president of Baskin Wealth Management in Toronto, recommends starting to save for retirement at 18.

"Because of tax-free savings accounts [TFSAs], the value of starting at 18 with $10,000 a year or less is extraordinary because they'll have so many years of compounding," he says. "People talk about compounding as magic, and it really is, particularly when you have a very long period of time, like 45 years."

It's defined as interest that's calculated on the initial principal as well as on the accumulated interest of previous periods of a deposit. Simply put, it's interest on interest. A single deposit of $10,000 would become more than $100,000 by 65, assuming a 5-per cent return during that period; put in $10,000 every year until retirement and you'll have around $2-million, Mr. Baskin says.

"That's compounding," he says. "It doubles every 11 years, and when you start that early you've got a lot of doubles."

Deciding where to park your money is another factor people need to consider at different life stages.

For younger Canadians, a TFSA generally wins over an RRSP. This is because of taxes.

Young people have minimal disposable income, and future earning potential is high, says Ottawa fee-for-service financial planner Stevan Dostanic of Astrolabe Financial Group. "It's usually a good bet that a person's income will start at the lower end of the spectrum and be taxed accordingly. This leads us to assume, in many cases, that there is a good possibility that the individual's tax rate will be higher at retirement.

"For this reason, investing in a TFSA rather than an RRSP is the wiser choice. It is best to keep your RRSP contribution room to harness the largest tax savings during your higher earnings years."

While chipping away at her debt and mortgage, Ms. Dow should maximize her RRSP contributions, Mr. Dostanic says.

"In contrast to a young professional, in your 50s you are likely to be in your top earning years where your tax rate will be at its highest and most likely higher than what it will be at retirement," he says. "In this situation it is best to maximize RRSP contributions. By doing so, you are capitalizing on large tax deductions. Every dollar contributed will save you more taxes now than it will cost you when it's withdrawn, hopefully in the near future."

At this stage in life, and depending on their risk tolerance, people should avoid being overly aggressive with their investments.

"An investor can still have a moderately aggressive portfolio, as the time horizon is still lengthy since they will not be drawing down the entire portfolio the year they retire," Mr. Dostanic says. "With retirement lasting up to 35-plus years, the assets will be invested for a long time and can bounce back from some bear markets.

"That being said, I would advise against being too aggressive to try to catch up for lost time," he adds. "If the first few years of withdrawals happen during significant market corrections, the long-term sustainability of the portfolio may be affected."

While working Canadians are always advised to pay down consumer debt, younger people should avoid it as much as possible, if not altogether.

"Consumer debt can be considered a financial poison," Mr. Dostanic says. "It is far too easy to carelessly spend money you don't have to obtain instant gratification. Over the long term, large consumer debt eats away at your disposable income and potential savings by costing you significant amounts in interest charges."

Mr. Christison suggests people borrow money only to buy a house or a rental property, and nothing else. For people of all ages, he also suggests establishing an emergency fund that covers at least six months' of expenses. 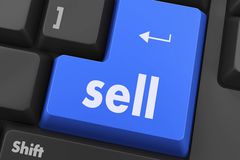 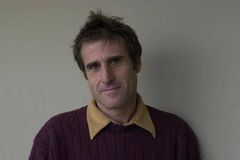 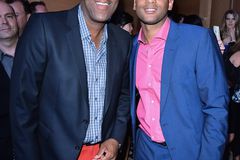