As a postsecondary student with part-time jobs, Julien Martin finds it's tough to squirrel away money. But these days, his loose change is adding up.

Using a Mylo investment app linked to his debit and credit cards, he has saved close to $400 since the summer toward his goal of building a $3,000 emergency fund. The app simply rounds up his purchases to the nearest dollar, and the difference is invested weekly in a conservative exchange-traded fund [ETF] portfolio. For instance, if he spends $5.25 for a burger, 75 cents goes into his Mylo account.

"It just makes saving much easier," says the 22-year-old resident of the Montreal suburb of Boisbriand. "Right now, [the app] takes between $10 to $15 a week out of my chequing account. I don't really see the money go … I sometimes do lump-sum deposits, but lately it's been pretty rare."

Welcome to the world of spare-change investing. Mobile-phone apps have brought the loonie- or penny-jar concept, if you remember pennies, to the modern age. While micro-investing has its merits, consumers also need to be mindful of potential pitfalls when using a spend-to-save strategy, financial advisers say.

Launched in July, Mylo is the only round-up investment app in Canada, the company says. U.S.-based Acorns Grow Inc., which introduced its Acorns app in 2012 and has now attracted some financial backing from Silicon Valley payments giant PayPal Holdings Inc., has expanded to Australia. The similar Moneybox app came on the market in Britain last year.

Investment apps are gaining traction, particularly among millennials, because they like to use their mobile devices to have everything at their fingertips, from Uber to Airbnb, said Philip Barrar, chief executive officer of Montreal-based Mylo Financial Technologies Inc. "We are one of the first in the country to open up an investment account without the need of a phone call."

Using the Mylo app on an iPhone or Android phone, consumers can open an account in three minutes, Mr. Barrar said. The main sign-up questions focus on their investment goal as well as risk tolerance to determine which of five investment portfolios – now mostly in low-fee Vanguard ETFs – would be a fit.

Mylo, which has raised $1.25-million from Montreal-based Ferst Capital Partners and angel investors, this year acquired investment firm Tactex Asset Management Inc., also based in Montreal. Tactex, which oversees $120-million in assets and also specializes in driving down investment costs, now also provides a portfolio manager for each Mylo client.

The Mylo model, which allows for fractional trades in ETF portfolios, is similar to a robo-adviser but is still advice-oriented for clients who wouldn't get attention from most investment firms because they don't have enough assets, noted Tactex CEO Liam Cheung. "We are helping people who are just starting out."

Mylo charges a $1-per-month fee for an investment account. But there are plans to offer options, such as a registered retirement savings plan (RRSP) and tax-free savings account (TFSA), as well as the ability to make investments using recurring deposits. Future services will likely include helping clients find providers offering the best deals on financial products such as mortgages and personal loans. Mylo is still a work in progress, said Dr. Cheung.

Some North American financial institutions, meanwhile, have a similar round-up savings program for their own customers using the firm's debit card, but don't offer a no-brainer investment option. In 2005, U.S.-based Bank of America pioneered the round-up concept south of the border with its Keep the Change plan.

In Canada, Envisions Financial, a unit of B.C. First West Credit Union, introduced its Big Change program in 2007. The savings can also be used to pay off a loan or line of credit, or be donated to a local food bank. The Bank of Nova Scotia, which launched its Bank the Rest program in 2008, allows round-up purchases to the nearest dollar or five dollars. The spare change can go into a savings account or a Scotia TFSA where money can be invested in any kind of security.

Steve Bridge, a fee-only financial planner with Money Coaches Canada in North Vancouver, prefers the Mylo concept to Scotiabank's program, where new clients have the option of investing either in a savings account now paying 0.20 per cent, or choosing the TFSA option where a novice investor could have difficulty selecting securities.

A round-up savings program, such as one offered by Mylo, can make sense for someone who is starting out in life, but it's still a "very random approach to investing," said Mr. Bridge. "I prefer a more structured plan … where you put aside $25, $50 or $100 each month." Having recurring deposits go into an investment account provides more certainty in reaching a goal – be it a vacation, retirement or buying a house, he said.

The drawback in investing from round-ups on debit- or credit-card purchases is "the potential for overspending" because consumers can rationalize extra purchases as saving money, he said. "People could lose track of what is going out of their [chequing] accounts. What if the round-up leaves you short for something else, like a pre-authorized debit for your phone, hydro or other fixed expense?"

But Shannon Lee Simmons, a fee-only financial planner and founder of Toronto's New School of Finance, is a fan of the round-up concept because it is "forced savings," and that can be beneficial to more people than just millennials.

Taking those savings and then investing in ETFs, as Mylo is doing, is a positive step because consumers can learn about risk tolerance, how to deal with a portfolio manager and get their feet wet in the stock market at a much younger age than has probably occurred in the past, Ms. Simmons said.

"Having mindless savings is great, but make sure you know where this money ends up and that it suits your goals," she warned. "If it is going to be invested [in the equity market] and not put into a savings account, you want to understand that there is risk associated with that even if you are in low-volatile portfolio. There is still a chance that it could go down."

Need financial advice? If so, watch out for advisor-client mismatch
October 19, 2017 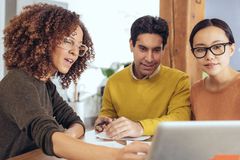 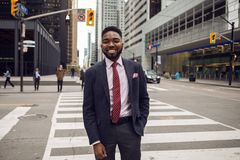