With Nafta negotiations coming to a head, one of the most popular trades to profit from the talks is souring as U.S. President Donald Trump and his proxies redirect many of their sharpest barbs away from Mexico toward America's neighbor to the north.

The Canadian dollar's four-month, 12 percent surge versus the Mexican peso to end 2017 seems like ancient history now, replaced by a slide of almost 9 percent this year. For strategists at Goldman Sachs Group Inc. and Canadian Imperial Bank of Commerce who timed it right, calls to buy the loonie and sell the peso on the notion Mexico faced higher hurdles to an accord and more risk should talks fail proved a boon. Yet others late to the rally, including Credit Agricole SA, had to abandon the call as U.S.-Canada tensions flared.

Trump's discontent with Canada comes with the loonie hardly in need of more bad news. The currency has broken through C$1.30 per U.S. dollar as the Bank of Canada strikes a dovish tone after a run of soft economic data and growing concerns over household indebtedness. The loonie-peso exchange rate may be set for more turbulence in the aftermath of Trump's recent steel and aluminum tariffs which, while exempting the nations for now, introduced another wrinkle to a fraught trading outlook for the two currencies.

"The fact that there's some uncertainty as to whether the tariffs are tied with the negotiations indicates that the peso and specifically the Canadian dollar will be more sensitive to Nafta-related headlines going forward," said Bipan Rai, CIBC's North America head of foreign-exchange strategy. The bank initiated the trade recommendation at 14 pesos per loonie in August, and closed it at a 7.4 percent profit in November.

Canada and the U.S. are at odds in roughly five core North American Free Trade Agreement disputes, with Trudeau and Trump speaking about the pact as recently as this week. Trump said in a March 10 speech that Canada has been "brutal" in trade with the U.S., about a month after Canadian Prime Minister Justin Trudeau said that his nation is prepared to walk away from Nafta discussions rather than accept "any old deal."

The tensions have eased somewhat over the past few days, with Trudeau expressing confidence Wednesday that an agreement will ultimately be reached. Incoming White House economic adviser Larry Kudlow has been a staunch proponent of accord, giving it a high-profile backer within Trump's inner circle.

"There's been some very specific U.S.-Canada trade issues, and Canadians pushed back against some of the U.S. policy in those areas," said Vassili Serebriakov, a foreign-exchange strategist at Credit Agricole. Combined with the Bank of Canada's recent wariness over escalating trade tensions, "that could be something that restrains the Canadian dollar."

In addition to the loonie's slump against the peso, it's fallen about 3.5 percent against the U.S. dollar this year, making it the worst performing Group-of-10 currency. Both CIBC and Credit Agricole say the loonie's slide versus the peso will soon slow, given the speed of its recent selloff.

Rai doesn't expect the loonie-peso exchange rate to move below 14.25, from roughly 14.3160 as of 11:23 a.m. Thursday New York time. Serebriakov sees the cross rebounding in the Canadian dollar's favor in the coming weeks.

– With assistance from Josh Wingrove 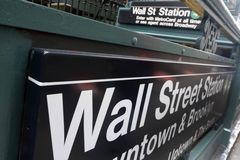 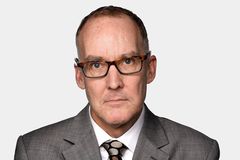