It is fair to say that in Canada, January is the cruelest month. The days are cold and dark, holiday bills start coming due and tax season begins.

This year is sure to bring more grim tidings to most Canadian investors – and the advisers who serve them. For most investment firms, this month is when they must start presenting clients with detailed reports on the fees that they have charged their clients.

Two decades in the works, the Canadian Securities Administrators' initiative, known as Client Relationship Model, Phase 2 (better known as CRM2), will compel advisers to detail annual performance and the cost of advice they are providing using dollar figures, rather than percentages.

The new disclosure rules have already met criticism because they focus on the cost of advice investors pay, rather than the all-in costs that include any fees associated with products. For example, investors will see the cost of commissions from the purchase of mutual funds in their statements, but not the management-related fees of such products. In this way, CRM2 could underreport fees for owners of fund-heavy portfolios if they don't go through the separate exercise of calculating management expense ratio (MER) costs.

But for an industry that has long been notorious for high fund fees and generally murky disclosure about what advisers in general are paid, sticker shock is coming. CRM2 Navigator, a Toronto-based firm that consults advisers on how to deal with the new reporting requirements, states bluntly: "Our research shows investors are shocked by their CRM2 fee and performance reports."

"It is just natural that there will be a knee-jerk reaction," says John DeGoey, a certified financial planner and portfolio manager with Industrial Alliance Securities Inc. in Toronto. "I think there will be a lot of people switching advisers in 2017 when people start coming to terms with CRM2."

Mr. DeGoey, who has an updated version of his behind-the-curtains book on the industry called The Professional Financial Advisor IV: Putting Transparency and Integrity First, expects a thinning of the adviser herd following the rollout of CRM2.

"That is a good thing," he says. "To my mind there is no industry on the planet where the range of quality is wider than in the business of giving financial advice."

And he is not talking about a small number of advisers whom he believes should be pushed out of the industry, whether it is from the introduction of CRM2 or other coming regulatory changes.

"I absolutely believe that there is a segment of the population – I don't know, 10, 15, 25 per cent – that literally do more harm than good. Not only do they not earn their fees, but they actively subtract value while they are charging fees. It's a double negative.

"If we could get rid of those advisers it would be a wonderful thing."

He singles out advisers who rely heavily on higher-cost mutual funds.

"There is a whole, large segment of the adviser population that says you can have any kind of a product you want as long as it is an embedded-compensation mutual fund, because they are either not licensed to sell securities and ETFs or because they can't, or won't, or their firm won't allow them to, use a fee-based model."

A recent survey of 150 Canadian financial advisers by Natixis Global Asset Management Canada found that they are feeling "cost and regulatory pressure" and seeking dramatic changes: 30 per cent are planning to leave the industry, retire, sell their book of business or merge with a competitor. As well, 32 per cent said they would drop smaller clients because of new regulations.

Adviser angst is likely news to clients, says Dan Hallett, a vice-president and principal with HighView Financial Group of Oakville, Ont. As another financial industry professional who has advocated for clearer performance and compensation reporting, he expects CRM2 "is going to put a lot of money in motion."

He has informally polled friends and family about whether they have been told about the new disclosure rules by their advisers.

"Either the advisers are not explaining anything and are trying to delay it as much as possible, or they are and it still hasn't clicked in," Mr. Hallett says. "Either way, for those people, when the report comes, they are going to be asking a lot of questions."

Mr. Hallett expects the new disclosure rules will be tougher on advisers who work for firms governed by the Mutual Fund Dealers Association of Canada (MFDA) rather than advisers who operate under IIROC (Investment Industry Regulatory Organization of Canada) regulations. The latter group oversees companies and advisers who can buy and sell individual securities and exchange-traded funds.

CRM2 has spawned a sub-industry of consultants who are helping advisers deal with laying out their costs and performance to clients. Among them is Toronto-based CRM2 Navigator, which warns that investors will be "shocked" by fees and performance reports. It has advised the advisers to first give their clients a heads up.

"Some clients are going to have what I would call sticker shock and others may wonder what they got for the fees they paid," says Susan Silma, a co-founder and partner of the firm. "We're suggesting to advisers that it would actually be helpful to get in front of this. Call it being proactive."

Advisers should be prepared to justify their fees to their clients, Ms. Silma says, something that many have never before done. "When clients actually see the fee reports, it will be imperative for advisers to be able to talk about what clients get for the fees that they paid."

This year is shaping up to be a time of education, both for investors and their advisers. "We need to remember that clients don't really understand all the things that advisers do," Ms. Silma says.

Passive investing is on trend, but it's not for everyone
January 10, 2017
Six stocks and ETFs for buy-and-hold investors
November 15, 2016
New Canadian ETFs zero in on share buybacks
November 1, 2016
What women want – in a financial adviser
October 18, 2016
After a long run, utilities face headwinds
September 27, 2016
Informed investing takes more than click, click, done
September 20, 2016
Investors swoon over sustainable equities, but do they deserve the love?
September 13, 2016 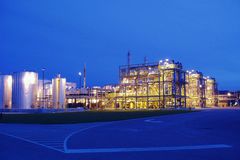