Investors who bought shares of Armtec Infrastructure Inc. in a stock sale just two months ago are in a huge financial hole after the company announced a bigger-than-expected first-quarter loss and suspended its dividend, sending the stock plummeting.

Armtec shares fell $6.15 to close at $4.35 Thursday on the Toronto Stock Exchange. That's 73 per cent below the $16.20 price at which Armtec sold 3.6 million shares to investors in a transaction that was announced a week before the end of the first quarter.

It wasn't until after the end of the first quarter that the company realized that it could not sustain its plan to pay $1.60 a year in dividends, Armtec chief executive officer Charles Phillips said in an interview. The decision to suspend the dividend was made Wednesday night, he said.

"At the time we made the decision to raise the equity, we believed that we could sustain the dividend," Mr. Phillips said. "The circumstances have changed very significantly, and it wasn't until really recently that it became clear that we had to review our dividend policy."

Armtec said its loss for the first quarter was bigger than expected, and the pressure on results persisted into the second quarter. The company has restrictions in its contract with bondholders that limit the ability to pay out cash to shareholders if it isn't making enough money, and Armtec said it appeared that those restrictions would soon be triggered.

Cold and wet weather delayed the beginning of the construction season across much of Canada, pushing back demand for Armtec's goods and services, the company said.

Blame It On The Rain

"Better than half of our business is extremely seasonal, with a very steep ramp-up that usually starts midway through March, [a]very steep ramp-up in the first couple months of the second quarter," Mr. Phillips said.

"What basically happened is there was an unprecedented amount of precipitation and cold weather pretty much coast to coast," he said. "That's not in any of our models, and certainly wasn't what we anticipated as early as mid-March when we began the process" of preparing an equity sale.

Many of Armtec's products are buried, Mr. Phillips said. The company produces products such as underground tunnel liners and water drainage tubes.

"When weather conditions are this bad, nobody can get into job sites. You dig a hole and it fills up with water. In our agricultural business, the installers can't get into the fields. It hits a wide swath of our business."

Armtec stock sold off significantly in the days before the dividend cut, dropping for six trading sessions straight in advance of the announcement. The shares slid from $14.40 last Tuesday to $10.50 at Wednesday's close, a decline of 27 per cent.

Mr. Phillips said he doesn't believe that the company's plans leaked out.

"We're not aware of any leaks of information and the decision was not made until yesterday."

Instead, he said investors saw recent "challenging results" from competitors, along with the bad weather and the restrictions on Armtec's ability to pay dividends, and "I think some people were triangulating on all those facts and made their own decision."

Mr. Phillips declined to comment on how long the dividend would stay suspended.

"We recognize that the majority of our investors were interested in the yield from Armtec, and so it's the board and management's intention to reinstate the dividends. But we at this point would not be providing any guidance as to when we might do that or at what level." 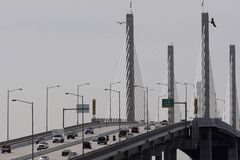 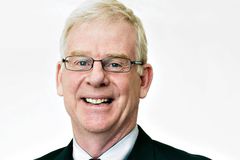 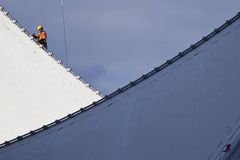 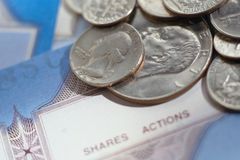