Molson Coors Brewing Co. says the NHL lockout has forced the beer company into the penalty box by reducing beer sales across Canada for its marquee brands.

The Montreal- and Denver-based brewer said the financial impact of the nearly two-month labour dispute is difficult to tabulate, but the company's most important cold-weather driver of sales has disappeared.

"Whether it's people not actually physically going to the venues and consuming there, consuming in venues around the outlet before that, or indeed having NHL sort of parties at home, all of those occasions have disappeared off the map and you just can't replicate them," CEO Peter Swinburn said in an interview Wednesday.

The impact is more pronounced in Canada than in the United States and has particularly hurt sales of Coors Light and Molson Canadian.

"It's a national sport, the whole of Canada is glued to it one way or another so there's no real regional difference at the moment that we can detect."

Mr. Swinburn said that once the lockout ends, Molson Coors will seek financial compensation from the league over the negative impact that a lack of games has had on the hockey league sponsor.

"There will be some redress for us as a result of this. I can't quantify that and I don't know because I don't know the scale of how long the lockout is going to last."

Molson Coor beat expectations as its net profit increased 1.5 per cent to $197.7-million (U.S.) in the third quarter on a 25 per cent increase in revenues.

Adjusting for one-time items, earnings increased 17.2 per cent to $248.9-million despite a weaker performance of its Canadian business caused by the lockout, reduced summer demand and the impact of canning supply issues in Montreal underlying earnings for the period ended Sept. 30 were $1.37 per share, up from $1.14 per share, or $212.4-million, a year earlier.

Molson Coors, which reports in U.S. dollars, was expected to earn $1.34 per share in adjusted profits on $1.25-billion in revenue in the third quarter, according to Thomson Reuters.

The brewer said its improved performance was driven by the first full quarter of operations in Central Europe and improved results in the United States.

Adjusted pre-tax profits in Canada decreased 7.1 per cent to $150.7-million and by 5 per cent in Canadian dollars.

Higher prices and cost reductions were more than offset by lower volumes, a shift toward higher-cost products, pension expense and foreign currency. A 2.3 per cent decline in the Canadian dollar reduced income by about $5-million.

Sales-to-retail decreased 5.1 per cent due in part to a shift of Canada Day to the second quarter of Molson's fiscal year from the third quarter in 2011.

Molson Coors said its Canadian market share declined about one share point, while industry volume decreased by three per cent. About half of its share decrease was due to being unable to meet a 30 per cent increase in demand for cans following an upgrade of its Montreal production line.

"On the financial level, the results were very satisfactory although we were disappointed by the poor consumer demand in a number of our markets, Canada would be one of them," he said.

The first full quarter of operations in Central Europe added more than $60-million of pretax underlying earnings in the quarter. U.S. earnings increased 16 per cent while the U.K. and international business units decreased.

Like all packaged goods companies and brewers, the weak European economy caused Molson Coors to sustain a significant reduction of demand in late August and September. Still, it grew market share in five of seven of its markets and reduced costs.

Mr. Swinburn said the company expects consumer demand in the fourth quarter will be more challenging this year because of strong results in Canada last year and higher costs in the U.S. and Central Europe.

The economy will have a big impact on results if unemployment in the United States continues to decrease below 8 per cent and consumer confidence rises due to factors such as rising home prices, he said, noting a direct correlation between unemployment and beer sales.

"We expect the fourth quarter and 2013 estimates to be little changed by today's news," he wrote in a research note.

Molson Coors employs 15,000 people at 18 breweries and operations in more than 30 countries.

It has a portfolio of more than 65 strategic and partner brands, including Coors, Coors Light, Molson Canadian, Carling, Blue Moon, Keystone and Richard's. 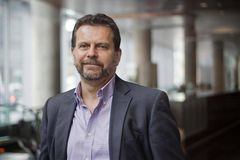 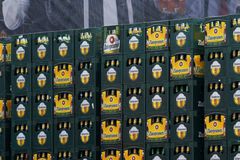